Automated tournaments are a feature introduced in Legacy of the Void.

Automated tournaments are tournaments that players sign up for on battle.net; and play over the on that same day. For example, when one logs on to battle.net and there is a tournament going on at a certain time, the player choose to sign up for that tournament and finish up playing that tournament that same day. Each session will last 3-4 hours.[1] Each match is limited to 25 minutes. If the game reaches the 25-minute limit, victory will be awarded to the player who has the highest experience point value. Experience is accrued throughout the game by earning money, constructing units, destroying units, etc. Finishing a match will mark the player as ready for the next round, and once everyone is marked as ready, the next round will start. If the player marks theirself as "not ready," they will have until the start of the next round before they have to check in again.[2] Maps may be vetoed in a lobby system which includes chat. Emphasis is placed on matching players in accordance with their equivalent skill level.[3]

A player may only enter one tournament at a time. Once the tournament begins, the player is locked into that tournament even if they log out or close your client; any matches they do not play will be automatically forfeit.[2]

Archon Mode and 2v2 tournaments are planned for implementation.[4]

By taking part in tournaments, players can win trophies and league icons. Upon winning a tournament, the player will be granted a 3D trophy with the league icon that's associated with the tournament. Each trophy one collects will display the format type and time of the tournament where they won. In addition, all the trophies a player earns will be displayed in a section of their profile called the Trophy Case. In addition to the Trophy Case, a 3D trophy model will appear next to the player's bases in-game for the remainder of the ladder season.[3]

With the implementation of Patch 3.2, trophies will have the option for alternate tops.[5]

Inspiration from Warcraft III was taken when designing the tournament system for StarCraft II.[3] 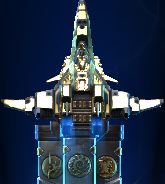 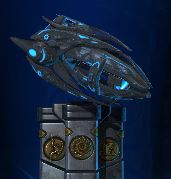 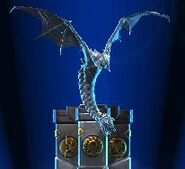 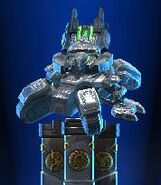 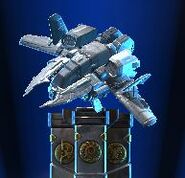 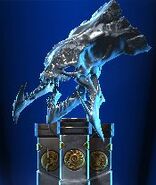 Battlecruiser
2019 Season 3
Add a photo to this gallery

Retrieved from "https://starcraft.fandom.com/wiki/Automated_tournament?oldid=349112"
Community content is available under CC-BY-SA unless otherwise noted.