The broodling is a StarCraft II unit.

Broodlings are temporary units, lasting only six seconds. They are created when zerg structures that are not spine crawlers or spore crawlers are destroyed. The greater the health of the structure, the more broodlings spawn. Broodlings can also be spawned from the attacks of brood lords, which will do an initial burst of damage upon impact followed by the broodling landing near the target.

In the Heart of the Swarm campaign, when Kerrigan reaches a certain level, she gains the ability to infect enemies she attacks with broodling spores. Enemy units killed quickly enough after being damaged by Kerrigan's attacks or abilities spawn two broodlings.

In the Legacy of the Void campaign, queens retain the spawn broodling ability from their StarCraft incarnation, but do not use it. The ability will destroy a target non-heroic ground unit and spawn two broodlings.

Broodlings are available to all zerg commanders (except Dehaka) in Co-op Missions and will spawn from destroyed structures.

Sarah Kerrigan's brood lords use broodlings with an anti-ground weapon.

Alexei Stukov can use the infestation global ability to spawn broodlings from a target allied or enemy structure for a time. The Aggressive Incubation upgrade will double the number of broodlings spawned from these structures. If Stukov uses infest structure on a flying structure, his broodlings will fly, and swoop down similar to the attack of a brood lord, except without the initial damage. Stukov can also upgrade his, infested civilians and Volatile infested to spawn broodlings upon death. Stukov's brood queens also have the spawn broodling ability.

Egon Stetmann uses a variant of the broodling named the mecha broodling, which is used as a weapon of his mecha battlecarrier lords.

In the mutator "Alien Incubation," broodlings will spawn out of enemy corpses upon death, higher health units spawning more broodlings. These broodlings do not have a timed life and will move toward the bases of the players if there is no target around.

Deals 300 damage to a target enemy ground or air unit. When the unit dies the target spawns 2 Broodlings from its corpse.

Increases the number of broodlings spawned by Infest Structure by 50%

Infested Civilians and Volatile Infested spawn a Broodling when they die.

The broodling used to be known as the mantaling.[1] 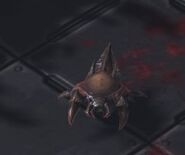 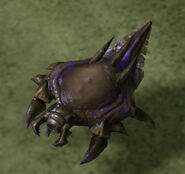 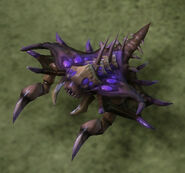 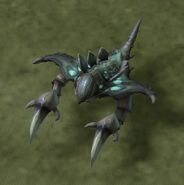 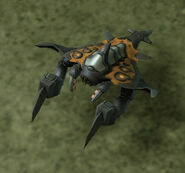 Cerberus broodling
Add a photo to this gallery

Cerberus broodling portrait
Add a photo to this gallery

Retrieved from "https://starcraft.fandom.com/wiki/Broodling_(StarCraft_II)?oldid=356823"
Community content is available under CC-BY-SA unless otherwise noted.