Start a Wiki
watch 02:17
The Loop (Games)
Do you like this video?
"There’s a terror I don’t need to tell you about however. It needs no introduction. It’s been slapped on every billboard and leaflet you've ever seen pertaining to the Protoss, and it is truly one of the most fearsome sights you could ever behold. The Colossus, standing at over 17 stories tall, is a skyscraper of destruction. We've gone and compiled a full report on all the data we've managed to gather on this fearsome tower of death, but honestly, all I feel after reading it is more afraid. Still, it is essential to understand our enemy, overcome any hesitation, and press forward."

The colossus is a massive protoss robotic walker. It is designed to destroy large numbers of weaker ground targets.

The plural of colossus is colossi.[1]

The colossus is an antiquated protoss construct dating back to the Kalath Intercession.[2] It is feared for being a war machine, and some protoss believe they cannot be controlled and could turn against them.[3]

"Wanna know where to shoot? Anywhere. Crack the shields and shoot anything. They're top-heavy. Once they're damaged, they tip over quick."

From a terran standpoint, the colossus is the ultimate terror weapon. Designed for pacification purposes,[4] the colossus is a towering construct, striding across the battlefield on four[5] all-terrain[4] tall, slender legs which give it an extremely high level of mobility. The great height of the machine allows it to step up and down cliffs and other steep elevations with little difficulty, and gives it a dominating field of fire.[5] The colossus's slender legs were designed to carry its massive weight with ease, while allowing for the traversal of rough terrain and steep elevations. Its towering four leg configuration has multiple gyro-stabilizers to keep the colossus stable while moving and firing, and also denies the enemy the advantage of higher ground.[6] Most of the colossus's mass is located at the top of the construct; if sufficiently damaged, they can topple over quickly.[4]

The Ihan-rii created colossi made of stone components held together by void energies emanated from repurposed xel'naga dynamos.[7]

"The colossus is a war machine with no function except to destroy. I believe it can destroy the zerg utterly. And what then? What of the ongoing tension between the dark templar and the Aiur protoss? Will we survive as the Daelaam, one united people? Or will a thousand years of fear and hatred continue to separate us? How dangerous will this weapon be with those emotions running rampant?"

The heavily armored hull of the colossus carries two powerful thermal lances: one mounted on each side of its body. Complex focusing and targeting systems are used to pinpoint the continuous damage output of the thermal lances for optimal efficiency.[5] The targeting system uses an AI, along with gravity-sensitive gyroscopes, to analyze target composition, and predict their movement patterns. This ensures the thermal lances' beams will sear a path of maximum destruction among enemy forces,[6] cutting a fiery swathe of destruction through multiple enemies with each firing cycle.[5] The targeting system is so precise that the colossus can fire its weapons point blank without risk of damaging itself.

The lances themselves fire beams of superheated plasma that quickly incinerate scores of enemy ground targets,[6] able to reduce a group of marines to ashes in an instant.[8] In essence, the colossus is the ultimate infantry killer.[4] However, while powerful, colossi weapons present a design issue, as their range is somewhat limited. Khalai phase-smiths built an extended thermal lance with enhanced airflow that could operate at higher temperatures, increasing beam velocity and effective range without loss in power output.[6]

The Dominion advises marines to find bunkers and call in air support when confronted by colossi. Alternately, it has suggested that soldiers could try rushing the colossus to get underneath its legs in order to evade its firing angles, but has conceded that even in such cases, soldiers may be crushed underneath the walker's legs.[4]

Tal'darim have unearthed a number of colossi, and sometimes even dare each other to disable an active colossus and commandeer it, which can result in greater firepower or a dead rival.[7] Changes to their weapon systems resulted in the wrathwalker.[9]

"Ah, I have heard tale of the mighty colossi-scaling cliffs, besieging enemies from afar."

The colossus is unique in that it was created purely as a war machine, in contrast to most protoss automatons which were mainly created for industrial and/or resource gathering purposes.[5] This trait made it a candidate for the arsenal of the Purifier program, and colossi developed for the Purifiers were considered the ultimate purification machines.[7] Its full destructive power was demonstrated by the mass slaughter carried out against the kalathi, appalling the protoss. As such, the Conclave outlawed the manufacture of colossi, and existing machines were deactivated before being sealed away. Some were sent to distant asteroids and uninhabited moons.[5] Others were stored on Aiur, some underwater, awaiting a reactivation signal.[10] They weren't reactivated in time for the war on Aiur because it would take too long.[11]

The war against the zerg, however, prompted the return of the colossi to the protoss arsenal.[5] In 2503,[12] the protoss began collecting them using coordinates collected from a preserver, despite misgivings.[3]

Over time, many colossi were found and unearthed by Tal'darim who sought superior firepower. Lower ranking ascendants often dare one another to disable and commandeer an active colossus. If one succeeds, the Tal'darim gain a powerful war machine. If not, a rival ascendant has been eliminated.[7][9]

During the Second Great War, the Tal'darim deployed colossi on worlds such as Xil[13] and Atrias.[14] Several of their colossi were refitted with charged pulse blasters to eliminate priority targets, and renamed as wrathwalkers.[9]

In 2504, Dark Prelate Zeratul traveled to Aiur and reactivated some colossi as part of a mission to study the body of the deceased Overmind.[10] Later that year the Tal'darim used them as well in their defense of a xel'naga temple on Xil.[13]

In 2506 colossi were deployed in the Reclamation of Aiur to clear out the warp conduits of zerg forces.[16] Later in the End War they were used to aid in deactivating the shield around Cybros.[17] Colossi developed by the Purifier program were later added to the Daelaam arsenal, employing more destructive incendiary weaponry than their Khalai counterparts.[9] Purifiers continued to modify their colossi, streamlining its design while increasing its armaments.

In the aftermath of the End War, selected colossi that served in the conflict were redesigned in a more traditionalist style to better resemble ancient protoss war machines as a sign of veneration.[7]

Mastery: +1.5 per Combat Unit Life and Shield mastery point. Up to a maximum 195 (Co-op Karax)

Can step up and down elevations

Colossi are siege units relatively weak for their cost; necessitating the protection of front line ground and air support.[18] They are designed for an anti-light armor role,[19] strong against marines, zealots, hydralisks and zerglings; weak against thors, immortals, ultralisks; and extremely vulnerable to anti-air viking, phoenix, and corruptor.

The colossus appears to step over ledges due to StarCraft II's inverse kinematics (IK) system.[20] It can climb ledges only one level at a time and is blocked by taller cliffs.[21] It can also step over smaller friendly units, but not other colossi or obstacles. Like other massive units, the colossus can collapse a Force Field simply by being ordered to move through it.

A colossus is tall enough to see the tops of cliffs, enabling it to climb them[21][22] and fire upon the high ground without a spotter.

The colossus' height enables anti-air attacks, such as those of the missile turret, to strike it (even though it is a ground unit).[23] Blizzard has confirmed that this is because the colossus is so tall that it counts as both a ground and air unit for the purpose of what attacks are able to hit it.[24] If an attacking enemy unit (such as the thor) which can attack both ground and air units attacks a colossus, it will use whichever attack is stronger against the colossus.[25]

The colossus attacks only ground units.[26]

The attack animation is a sweeping beam, with the animation taking about a second to complete. All targets continue to take damage simultaneously.[27][28] The attack always strikes a linear area perpendicular to the direction the colossus is facing. This allows for a fine degree of control.[29][30][31]

The attack does linear splash damage which is very effective against groups of units such as marines and zealots.[32] It is safer to use colossi against terrans rather than psionic storms, since ghosts counter high templar. Against zerg, colossi are very effective against hydralisks which have become more dangerous with roach support.[31]

The beams do not have a "blind spot" and can strike enemies right next to the colossus.[33]

Colossi are usable in the StarCraft II: Wings of Liberty protoss mini-campaign, available after the "Echoes of the Future" mission, Zeratul finding some on Aiur.[10]

In the single-player campaign of Legacy of the Void, the colossus is avaiable after the mission "Unsealing the Past," and is one of three robotic siege units the player may use, the others being the reaver and wrathwalker. The colossus has the passive ability Fire Beam, which sets the ground hit by its attacks on fire, dealing 100 damage over 5 seconds to enemies nearby. This makes the colossus more potent than ever against masses of enemies. They deal heavy damage over time with this ability, in contrast to the reaver and wrathwalker having higher base damage but lower attack speed.

Karax and Fenix can build colossi in Co-op Missions. Additional upgrades for them are unlocked when Karax reaches Level 9. 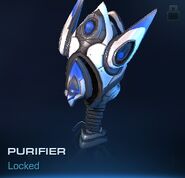 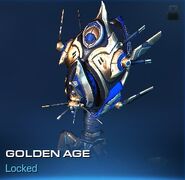 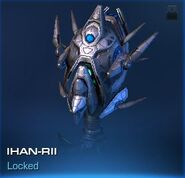 Ihan-rii colossus
Add a photo to this gallery

Ihan-rii colossus portrait
Add a photo to this gallery

Retrieved from "https://starcraft.fandom.com/wiki/Colossus?oldid=359052"
Community content is available under CC-BY-SA unless otherwise noted.