The corruptor is a squid-like zerg flying unit.

A genetic marvel, corruptors are giant brain-like creatures, with snapping beaks and dangling tentacles.[1] Its core genus of the strain is unknown. Leviathan Brood corruptors adapted themselves to survive in high gravity environments. The original genus was absorbed both by the Swarm and the primal zerg.[2]

The corruptor carries thick ink sacs that produce and store parasite spores, an ink-like substance that disrupts matter at a molecular level. Any vehicles or personnel doused with this compound become very vulnerable, as the atomic chains that kept them together became brittle.[3] The corruptor can cover its targets in acid, causing them to take additional damage from attacks.[1] This acid can cut through even the most durable of materials.[2] Primal zerg corruptors have evolved thicker claws and a more dense carapace.[2]

Corruptors possess the ability to morph into brood lords. Once the Swarm gains air/space superiority, its corruptor fleet can morph and help turn the tide of the ground war.[4]

The corruptor's tentacles consist of elongated muscle fibers laden with cancerous growths. As said growths increase in size, consuming the surrounding tissues in the process, they generate a powerful electromagnetic field that warps gravity around the creature, granting it flight. If the corruptor does not regulate the growths, they are more than capable of completely consuming its tentacles. The spores stored in its ink sacs are circulated through the tentacles from time to time. This seems to inhibit (and even regress) the development of its ever-present cancerous growths. It is assumed by Dominion scientists that the creature does this to adjust its flight capabilities to new atmospheres, and to prevent the cancerous cells from consuming its tentacles.

The corruptor's ability to fly is also aided by a statocyst—a pear-shaped gland that contains a solid, mineralized mass that floated in a low-density liquid. Its walls are coated in an impermeable substance of variable viscosity, and lined with small filaments. When the mineral core inside the gland shifts due to movement or orientation changes, the liquid and the filaments provide instant feedback to the corruptor, allowing it to maintain its balance and navigate both in atmospheric conditions and deep space.

Bulbous protrusions on the top and the sides of the corruptor constitute its raw brain mass, which also function as a disposable protective measure. When something hits the tissue with enough force, it becomes a foamy substance that absorbs and redirects the kinetic energy of the impact. The damaged brain tissue is then discarded and regenerated.[3]

Designed solely for use against aerial targets, corruptors are used against capital ships[5] and are deeply feared by both terrans and protoss. Fortunately for the Swarm's enemies, corruptors are usually found near only the most advanced hive clusters.[1]

The corruptor's genetic template was lost during the Second Great War when the Swarm fragmented after the Battle of Char. The brood lord was nearly lost with it; when the brood lord's template was recovered it was re-based on the mutalisk.[6]

Despite their essence seemingly having been lost from the Swarm, Kerrigan used corruptors in her attack on a Moebius Corps facility.[7] Furthermore, many corruptors survived among the feral zerg. During the End War, Amon enslaved a number of corruptors and used them to bolster his zerg forces.[8]

Years later, corruptors were found on the planet Jarban Minor. The Defenders of Man also used Nova Terra to plant psi-emitters on Antiga Prime, luring a number of feral corruptors to the planet.[9]

The corruptor attacks air units and aerial structures, including units lifted by Anti-Gravity and even colossi. Corruptors are strong against battlecruisers, phoenixes, liberators, tempests, carriers, and mutalisks, but are weak against vikings and void rays.

Corruptors have a weak attack but high health. They may outlast low armor and low damage units like the mutalisk and phoenix. They are also effective against massive air units and colossi due to bonus damage and Corruption.

Corruptors should avoid void rays which have fully-charged attacks or have activated Prismatic Alignment, since void rays deal extra damage to armored units. Vikings should also be avoided for the same reason.

The corruptor can morph into a brood lord.
Requires Greater spire.

Emits a stream of acid that deals an initial 30 damage, then deals 7 damage per second for 4.3 seconds, then increases to 35 damage per second.
Channeled ability. Corruptor can not move while ability is in use. Can only target enemy structures.
Exclusive to Legacy of the Void. Replaces Corruption.

Corruptors appear as enemies in the StarCraft II: Wings of Liberty single-player campaign. They possess an earlier version of Corruption that temporarily disables structures (including the xel'naga artifact in the air version of "All In").

The corruptor disables a building, which becomes covered in slime.[10]

The corruptor is not in the zerg tech tree in the StarCraft II: Heart of the Swarm campaign. The brood lord, in competition with the viper, may become a mutalisk evolution following the Mutalisk Evolution mission.[6]

Corruptors return as enemies in the StarCraft II: Legacy of the Void single-player campaign. Their Corruption ability is now identical to the multiplayer version from Wings of Liberty and Heart of the Swarm, causing afflicted units to take extra damage. They do not morph into brood lords.

The corruptor covers a single unit in slime. For the duration, that unit suffers an extra 20% damage.


When researched, the ability starts within cooldown (so the ability cannot immediately be used).

This ability is removed in Legacy of the Void, though still present in co-op and the campaign.[11]

Corruptors are exclusive to Zagara in Co-op Missions, and require a scourge nest instead of a spire to mutate. They have the Corruption ability but cannot evolve into brood lords. Zagara's Corruptors use the Leviathan's Brood skin.

Stetmann has access to mecha corruptors, but with missile attacks, and a variant of Caustic Spray capable of hitting ground targets. His corruptors can evolve into mecha battlecarrier lords.

Corruptors also appear in Amon's forces, but with Corruption and Caustic Spray abilities.

The corruptor covers a single unit in slime. For the duration, that unit suffers an extra 35% damage. 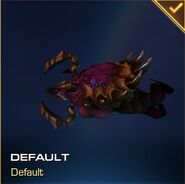 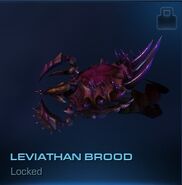 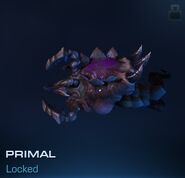 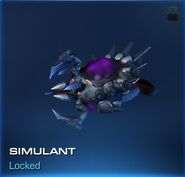 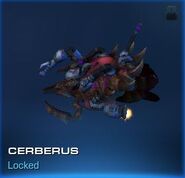 Cerberus corruptor
Add a photo to this gallery

Cerberus corruptor portrait
Add a photo to this gallery

Retrieved from "https://starcraft.fandom.com/wiki/Corruptor?oldid=355579"
Community content is available under CC-BY-SA unless otherwise noted.