The Corsair was replaced in StarCraft II multiplayer by the phoenix as the protoss air-to-air support fighter.

In the single-player campaign of Legacy of the Void, the corsair is available as a starfighter, one of three options with the phoenix and the mirage. The corsair now deals bonus damage to light units, and its Disruption Web does not need energy, instead having a cooldown between uses. Disruption Web can also be set to autocast. AI units trapped under Disruption Web will attempt to move out of its radius.

These enhancements to Disruption Web make the corsair a very effective support craft in larger armies, able to blanket an area with their webs to prevent counterfire while the player's units attack. The corsair has lower damage than the phoenix or mirage, but has the advantage of splash damage over them. Between the corsair and the phoenix's Graviton Beam, the phoenix can be more aggressive against ground units the corsair still cannot attack, but the corsair is better equipped for attacking enemy bases since it can disable enemy defensive turrets.

One key flaw, however; since the Corsair attacks with faster, weaker shots it is very ineffective in combat against highly armored targets like the Battlecruiser, doing very minimal damage to them. If you expect to encounter a large number of armored air targets in a mission it would be best not to choose the Corsair.

Enemy ground units and structures under the Disruption Web cannot attack. Can be set to autocast.

The corsair is accessible to Vorazun in the Co-op Missions mode. Here, it can be upgraded at the fleet beacon.[1]

Enemy ground units in the area of effect cannot attack. Can be set to autocast.

Withering Siphon: Disruption Web affects Heroic units and causes enemy units to lose 20 hit points per second, up to a maximum of 200. This effect cannot kill. 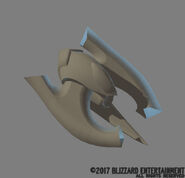 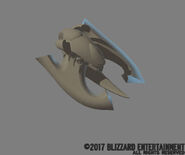