Start a Wiki
"Dominion military technology grows more sophisticated by the day, and a good example is our new cyclone. This innovative design combines speed and lethality in an efficient package. Originally designed as a robotic vehicle, the cyclone evolved over several iterations to become a human-piloted mech. The reason: even the most highly evolved AI cannot match the unpredictive creativity of a human driver."

The cyclone is a terran unit that appears in StarCraft II: Legacy of the Void.

The cyclone is armed with twin Typhoon missile pods that engage air and ground threats. The cyclone also features a sophisticated lock-on system, which allows it to concentrate fire on an enemy while on the move.[2] Cyclones are outfitted with all-terrain treads, clutchless transmission and an advanced target acquisition array.[1]

To keep personnel out of harm's way,[2] the Terran Dominion[1] developed the cyclone, a mobile assault drone.[2] Originally designed as a robotic vehicle, the cyclone evolved over several iterations to become a terran-piloted vehicle, due to the creativity of humans (or, as some would call it, insanity), that AIs cannot match,[1] though some variants piloted by an AI remained in use by the Kel-Morian Combine.[3]

The Dominion Special Forces extensively redesigned their cyclones for more maneuverability, adding exposed treads that could cross difficult terrain and small spaces more readily. Mira's Marauders modified their cyclones with extra armored plating and spikes, but their hasty engineering resulted in no improvement to their ability to absorb more damage. Umojan Protectorate engineers were able to copy the cyclone and incorporate it into the Protectorate's arsenal. The Knights of Tyrador used their cyclones for amusement park displays, and during the Battle of Tyrador IX, many were deployed to the battle armed with nothing but harmless fireworks.[4]

Fire on the move (Co-op Missions)

The cyclone is a fast mechanical unit, able to focus on single enemy units and use its ranged attack on them while moving. It moves at the same speed as the protoss stalker.[5][6] It is intended as an early mechanical option for harassment and defense. Stalkers equipped with blink are a good counter to the unit.[7] In its current state, the cyclone is a front-line anti-armored damage dealer.[8]

Using the cyclone to its full potential and reacting to it well are both heavily dependent on micro.[9] The unit works similarly to the diamondback from the Wings of Liberty campaign.

The cyclone has gone through substantial changes, and can attack both ground and air, and deal heavy damage to single units at range with its Lock On ability.

Locks the Cyclone's weapons on the target unit, dealing 400 damage over 14 seconds to ground and flying targets. Can move while firing. Cancels if target moves out of range or vision.

Can be set to autocast.

Cyclones are exclusive to Rory Swann in Co-op Missions. Cyclones are also used by Amon's Forces.

Locks the Cyclone's weapons on the target unit, dealing 500 damage over 20 seconds. Can move while firing. Cancels if target moves out of range. Can be set to autocast.

Doubles the damage of the cyclones Lock-on.

Cyclones appear as catapult minion units on the maps Braxis Holdout and Warhead Junction in Heroes of the Storm.[10] 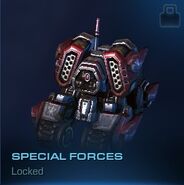 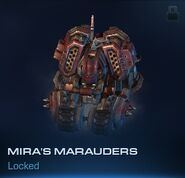 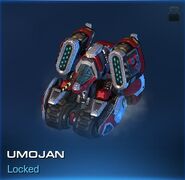 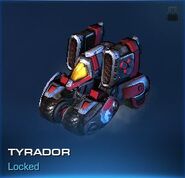 Tyrador cyclone
Add a photo to this gallery

Tyrador cyclone portrait
Add a photo to this gallery

Retrieved from "https://starcraft.fandom.com/wiki/Cyclone?oldid=351248"
Community content is available under CC-BY-SA unless otherwise noted.