The disruptor is a protoss ground mechanized heavy artillery unit that deals high area damage. It was introduced in Legacy of the Void.

Disruptors are Purifier devices controlled by a high-level[1] artificial intelligence that is capable of fluent speech.[2] The disruptor floats above the ground, and looks somewhat benign to terran eyes, but it remains a deadly weapon of war.[1] Indeed, disruptors are among the most deadly of protoss armaments.[3]

Disruptors generate energy spikes to wreck havoc against swaths of ground forces.[4] Originally, by supercharging their power cores, disruptors could become invulnerable, turning its physical form into energy for a short period of time and erupting in a destructive blast.[5] In this version, the disruptor was most vulnerable right after detonation.[1] However, this put undue stress on the disruptor's systems and hull. Further improvements were made to the design of the disruptor, allowing its solarite reactor to hurl directed spheres of unstable energy.[5]

By 2512, the Daelaam had improved upon the disruptor's design, allowing it to deliver an explosion with a blast radius of three kilometers, radiating from the disruptor itself.[6] Other improvements were made to disrupters by the Purifiers, including advanced plating and protocol refinements.[3]

The disruptor was created under the Purifier Program.[5] By 2505, the Terran Dominion had obtained surveillance images of the unit in action. In the event of seeing the war machine on the battlefield, marine companies were advised to quickly disperse, with recommendations to engage in a swift counterattack after the detonation of its purification nova.[1]

The Tal'darim often scoffed at the Daelaam's choice of weaponry, but they were quick to seize and repurpose as many disruptors as they could as such destructive power was too great to ignore.

After the End War, those disruptors that saw combat in the conflict were refurbished in the artistic style of the Golden Age of Expansion as a sign of honor.[3]

Shoots a ball of energy at target point that can be controlled and lasts 2 seconds. After two seconds, the energy ball explodes, dealing 155 (+55 vs shields) damage to nearby enemies in a 1.5 radius. Has a 0.7 second charge time after being dropped from a transport.

Fenix can build disruptor in Co-op Missions. Unlike normal disruptors, these disruptors have an auto-attack, and will automatically use purification nova on a target area. These disruptors can be upgraded to permanently cloak, and explode twice in the same target area.

Zeratul can utilize a variant of the disruptor named the xel'naga abrogator.

Disruptors can be utilized by Amon's forces.

The disruptor appears to use a model similar to the canceled replicant unit. 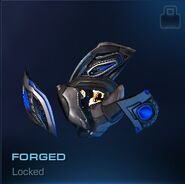 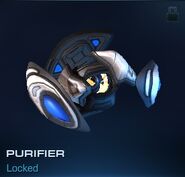 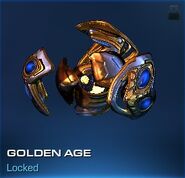 Golden Age disuptor portrait
Add a photo to this gallery

Retrieved from "https://starcraft.fandom.com/wiki/Disruptor?oldid=330551"
Community content is available under CC-BY-SA unless otherwise noted.