The fleet beacon is an advanced protoss building.

Easily recognizable, the fleet beacon is built around a huge sphere carved from the largest and purest of khaydarin crystals. The beacon focuses psi through this sphere to strengthen and magnify the warp rift created by the stargate, allowing it to teleport the largest of protoss warships.[1]

Tal'darim fleet beacons course an irresponsible amount of psionic energy through their central sphere, enabling the teleportation of armored warships.[2]

The fleet beacon provides upgrades to most protoss air units and gives access to the carrier.

The Corsair pilot can focus their psychic energy through the vessel's Neutron Emitter, which creates psionic static which disrupts neural impulses and renders computer-directed attacks inaccurate. The web is drawn towards the magnetic resonance found in ores and minerals. This static prevents all ground units and buildings (including base defenses such as bunkers and missile turrets) from attacking while they remain under it, but does not prevent attacks from outside. Affected units may still be attacked and damaged by units outside the web.

During the StarCraft alpha, the fleet beacon was known as the "warp accelerator."[3]

see below
The fleet beacon plays a similar role in StarCraft II. It is a requirement for production of carriers, tempests and motherships.

Launch interceptors faster. The first four interceptors are launched at a cooldown of 0.089, the last four at 0.18.

Increases the void ray's movement speed to 4.65 and acceleration to 3.76.

Improves the Tempest's Resonance Coil to deal +40 damage vs structures.

Artanis, Vorazun, Karax and Fenix have additional upgrades for their starships available at the fleet beacon.

When the phoenix uses Graviton Beam on a target, another nearby enemy unit is also levitated.

Deals 500 damage over 20 seconds to target enemy unit or structure.

Valorous Inspirator: Increases the Disintegration damage from 500 to 1000.

Enemy ground units in the area of effect cannot attack. Can be set to autocast.

Withering Siphon: Disruption Web affects Heroic units and causes enemy units to lose 20 hit points per second, up to a maximum of 200. This effect cannot kill.

Void rays gain +1.5 increased attack range as their beams increase in strength, up to +3 range at max charge.

The mirage becomes temporarily immune to damage when attacked.

Carriers can launch interceptors faster (launch one interceptor every 0.125 seconds).

Fire six Anti-Matter Missiles on three targets, dealing 6 (12 vs Armored) area damage and stunning nearby enemy air units for 1 second (2 seconds, when all missiles launched on one target). 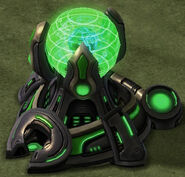 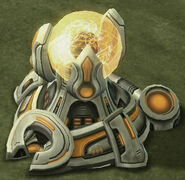