Belly of the Beast or Shatter the Sky

Gates of Hell is a StarCraft II: Wings of Liberty mission. 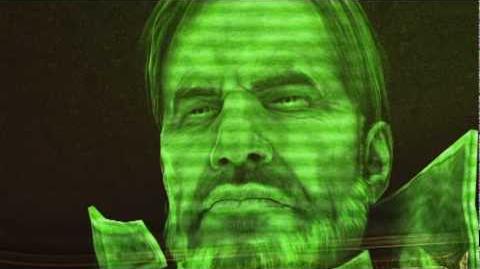 In preparation for the assault on Char, Crown Prince Valerian Mengsk not only acquired the pieces of the Keystone, but also took nearly half of the Dominion Fleet as well. Valerian was acting parallel to Emperor Arcturus Mengsk, and neglected to share all the details with his father. Only upon reaching Char did Valerian reveal his intentions to Arcturus: to defeat the Queen of Blades and prove himself a worthy successor.

The initial landing was a near disaster. Most battlegroups were destroyed before reaching the surface, and those that survived were badly scattered. The chaos was aggravated by communication difficulties between ground units and higher command.

Raynor took command of his sector and rallied terran forces in reach in order to have a chance to assault the zerg, as terran casualties escalated both in the ground and in orbit. Several Dominion units, continuing to land by drop pod, were rescued by Raynor's Raiders from the zerg and attached themselves to the rebels in the absence of orders.

As Raynor pulled in troops to secure a perimeter, General Horace Warfield crash landed nearby aboard the battlecruiser Helios. The crew dug in as the zerg pressed in.[2] 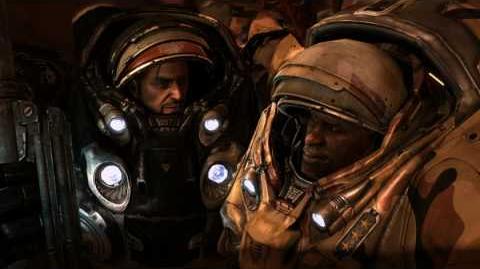 The Raiders sortied to relieve the beleaguered battlecruiser. They made it just as the zerg were overrunning the survivors. Raynor and Tychus Findlay personally rescued a wounded Warfield.[3]

The terrans had their foothold, but at heavy cost. A push on the main hive was urgently needed before their strength was depleted against the numerically superior zerg.[4][5]

Note: This is the point of no return. Once you start this mission, any other unfinished missions will be locked out. You'll also be unable to purchase any mercenaries or zerg/protoss upgrades in the lab. However, unit upgrades will still be available. Therefore it's recommended to complete any other mission before you embark to Char.

Every time a drop pod lands, a zerg force assembles between it and the player's base. The player can provoke the zerg into attacking the base's defenses to minimize casualties.

In spite of what is said during the mission, rescuing all pods is very doable. Focus on rescuing as many battlegroups as possible and calling down mercenaries whenever possible. Two bunkers, siege tanks, turrets and either psi disrupters or hive mind emulators on each entrance will hold the base against any major zerg attack. Once a large enough force has been saved it will become gradually easier to clear out the zerg blocking the drop pods. Spectres or ghosts can also be used if they have their permanent cloaking upgrade, as the forces surrounding the drop pods tend to lack detection.

There are spore cannons scattered around the map. Destroying these yield additional resources.

Destroying the three nydus worms near Warfield's crashed battlecruiser is the final objective. It is substantially defended, but provided the majority of the drop pods are rescued the player will have access to a large enough army to push through. Attack the infested terran base to the southeast, then push north with a ground army. The base has very heavy anti-air defenses, so ensure air units do not get too far ahead of the ground force. Warfield and his troops can survive indefinitely so there's no rush to destroy the worms.

Cut lines from the mission indicate that the spore cannons could be destroyed to receive a gameplay bonus.[6]