"Let’s begin with the Hellbat. It may not look like much when it’s just a Hellion, zipping around the battlefield spitting tiny streams of infernal plasma fuel. When it stands up however, this little car transforms into Hell on legs. With a cone-blasting flamethrower that obliterates any piece of flesh sorry enough to stand before it, the Hellbat is one of the most fearsome ground troops an enemy might ever stand toe-to-toe with."

The hellbat template was built upon a heavily modified version of the hellion's stock neosteel frame, which houses the complex set of servos, hydraulic systems, and robotic components that allow the mechanized walker to seamlessly transform into a vehicle and vice versa. The hellbat makes use of its predecessor’s base platform but adds state of the art robotics to the design. The most striking advancement comes in "battle mode," which reconfigures the buggy into a mechanized walker.[2]

The hellbat is equipped with a large variable burn engine powered by a variety of liquid or compressed fuels—essentially the big brother of the stock Hellion engine with much improved airflow. This upgraded engine provides enough newtons to compensate for the extra weight of the hellbat's bulky systems. Like the hellion, it is also rumored to run on Scotty Bolger's Old No. 8 Whiskey.[3]

With the advent of the hellbat, it became a necessity to replace the hellion’s scant plating. Dominion engineers used an experimental paristeel/bonded carbide weave (lighter and better insulated) to protect operator and machine from the incredibly high temperatures of the napalm spray. Additional heat-shielding, made from an expanding and re-forming material, was installed under the hellion’s chassis. It has proven very effective as a means of additional insulation, and it doubles as a solid riot shield. [3]

In battle mode, the hellion’s infernal flamethrower transitions for immediate use, while a thick layer of heat shielding beneath the hellion’s chassis expands and re-forms to protect both robot and driver.[2] The original incarnation of the infernal flamethrower was ineffective in close quarters, and installing a second weapon on an already taxed chassis proved unfeasible. To solve the issue, handy hellbat operators added a home-made, manually activated system, albeit useful only in walker mode as it reduces effective range, to pump polystyrene foam into the barrel of the infernal flamethrower prior to firing. The foam alters the density of the plasma fuel, which increases the flame's intensity when ignited. This makes it very deadly against unarmored or lightly armored targets. This foam system is now standard issue in all Dominion hellbats.

In comparison to the hellion, the hellbat's attack has a shorter, but stronger and wider flame. It is slower than its counterpart, but also tougher. While the hellion is mechanical, the hellbat is both biological and mechanical, and can be both repaired and healed. However it is considered to still take vehicle upgrades, like a Hellion.

The hellbat is an effective counter unit to massed (charging) zealots.[5] Its attack is effective against groups of light units such as zerglings, zealots, hydralisks, marines and some short-range armored units such as the roach. Being biological and a slow mover makes it easily kited—it is weak against the archon, stalker, marauder, and baneling.

Hellions and Hellbats transform 75% faster. When Hellions are killed, nearby allied units in a radius of 3.5 gain 25% movement and 15% attack speed for 15 seconds.

Stronger Death Chance Mastery: When Hellions are killed, nearby allied units in a radius of 3.5 gain 50% movement and 30% attack speed for 15 seconds with a 1.5% chance per mastery point.

Hellbat movement speed is increased by 50%. When Hellbats are killed, they ignite the surrounding area (radius 4). Enemies in the fire run around in fear for 3 seconds.

Stronger Death Chance Mastery: When Hellbats are killed, they ignite the surrounding area (radius 5.66) with a 1.5% chance per mastery point. Enemies in the fire run around in fear for 3 seconds.

Chaotic Power Couple: The duration of the Hellbat death effect is increased by 100%.

In Nova Covert Ops, hellbats can equip one of various provided upgrades and abilities for each mission. Nova Terra can construct hellbat rangers.

The hellbat will gain a smart servos upgrade in an upcoming patch.[6] 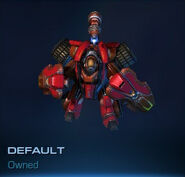 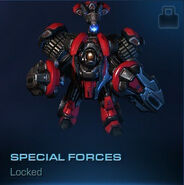 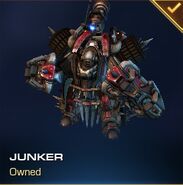 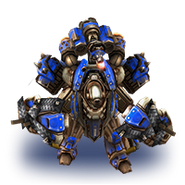 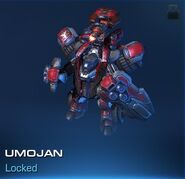 Umojan hellbat
Add a photo to this gallery

Retrieved from "https://starcraft.fandom.com/wiki/Hellbat?oldid=330778"
Community content is available under CC-BY-SA unless otherwise noted.