400
"The loss of the Khala was not easily borne, but we are ready to serve once again."

The high templar in StarCraft II is a psi caster. It retains the psionic storm ability, which must be researched at the templar archives.

High templar are strong against marines, infestors, sentries, stalkers, and hydralisks, and weak against ghosts, zealots, colossi, and roaches. In Patch 4.0, High Templar were given a basic attack named Psi Blast.

Psionic Storm deals 80 damage in the target area in small packets over 2.85 seconds, and hits both air and ground units. It injures friendly units caught in the area of effect of 1.5.[1]
Psionic storm is smartcast.
Psionic Storm is subject to a short delay before striking; during this brief period there is a visual indicator for where it will strike.

The high templar drains all energy from a target unit, dealing damage equal to half of the energy drained.

High templar are usable in the StarCraft II: Wings of Liberty protoss mini-campaign, available during and after the "A Sinister Turn" mission.[2]

In the Legacy of the Void campaign, the high templar is one of three psionic warriors the player may use, the others being the dark archon and the ascendant. They are unlocked upon playing the mission "Harbinger of Oblivion." In the campaign, the high templar's psionic storm used by the players units does not damage allied units, only enemies, enemy units use the default multiplayer effect. Once chosen at the war council they have the passive ability plasma surge, which causes psionic storm to restore shields to allied units in the area of effect. This makes the high templar more effective than ever, able to attack enemies and heal allies with the same ability. However, their prowess should be weighed against the ascendant, which has a powerful ability to restore its own energy and has damaging abilities comparable to Psionic Storm. The only way to create archons in the campaign is to merge high templars.

Psionic storm restores 50 shields to friendly units in its area of effect over 4 seconds.

Artanis is able to use high templar in Co-op Missions. When Artanis reaches Level 6, additional upgrades can be researched for them at the templar archives.

High templars were given a "psi-blast" attack in Patch 4.0, similar to the attack of the same name that Tassadar possessed in StarCraft. This was designed to make high templars easier to use, as they no longer drift into enemies when directed via an attack command.[3] 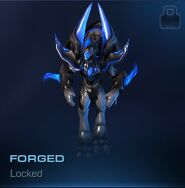 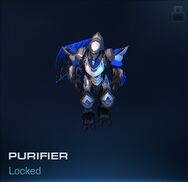 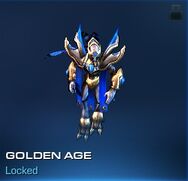 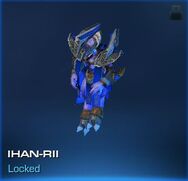 Ihan-rii high templar
Add a photo to this gallery

Ihan-rii high templar portrait
Add a photo to this gallery

Retrieved from "https://starcraft.fandom.com/wiki/High_templar_(StarCraft_II)?oldid=355592"
Community content is available under CC-BY-SA unless otherwise noted.