Interceptors return in StarCraft II as the carrier's armament.

In Legacy of the Void, interceptors can be permanently launched from a carrier using its "release interceptors" ability. They can be launched to any location, but self-destruct after 60 seconds.[1] Interceptors make two rapid attacks, one right after the other, each dealing 5 damage.[2]

In Nova Covert Ops, interceptors are an armament of certain Tal'darim motherships.[3]

Karax and Fenix can deploy interceptors via carriers.

The cost of interceptors will be increased to 15 minerals in an upcoming patch.[6]

An early render of the interceptor compared with the final one. 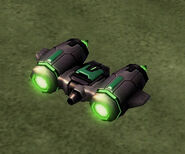 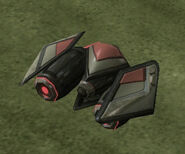 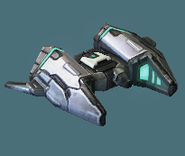 Classic interceptor
Add a photo to this gallery

Retrieved from "https://starcraft.fandom.com/wiki/Interceptor_(StarCraft_II)?oldid=351242"
Community content is available under CC-BY-SA unless otherwise noted.