"He was just a fan of StarCraft, and every time we would come out with a concept for something, he would release fan art of it that just blew ours out of the water. We saw the passion that he had for StarCraft and we said 'We need to get this guy on our team.' Now he's working on the team and it's a perfect fit. You have a guy who's a fan of our artwork, and he draws like nobody else. It's a Cinderella story."

Luke "Mr-Jack" Mancini is an artist hired by Blizzard Entertainment for concept art.[1][2] He is also a member of the Sons of the Storm.[3]

Mancini studied at Monash University in Melbourne, Australia. He studied design, but drew videogame fanart in his spare time. Although he drew for a variety of subjects, StarCraft was his favorite setting, and he especially enjoyed drawing for the zerg. However, his fanart, which he posted online, caught the art team's attention, and seeing that Mancini had already applied, got in contact. He accepted a job offer and moved to California. He has worked there ever since.

Mancini mostly works in digital media, but has also done physical art.[4] He is currently working on the StarCraft II team as a 3D/concept artist[5] This has included working on protoss art for Legacy of the Void. He has also provided art for the World of Warcraft trading card game,[4] Hearthstone, and BlizzCon poster art.[5]

He currently also provides most of the promotional art for Heroes of the Storm, as well being responsible for the redesign of some characters and concept art for many character skins. 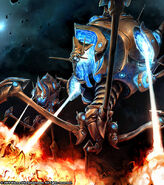 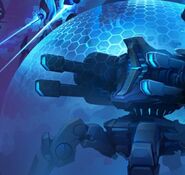 Immortal
Add a photo to this gallery 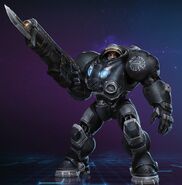 A Goliath
Add a photo to this gallery 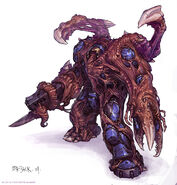 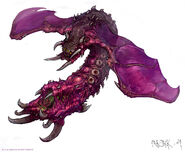 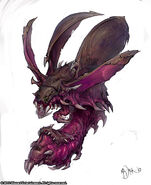 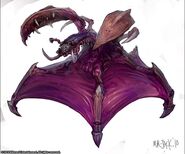 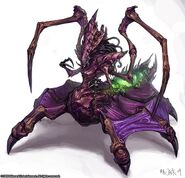 Abathur
Add a photo to this gallery

Ursadon
Add a photo to this gallery

A character based on Mr. Jack, Sherman Jack, made an appearance at Project Blackstone.[6][7]

Retrieved from "https://starcraft.fandom.com/wiki/Luke_Mancini?oldid=359172"
Community content is available under CC-BY-SA unless otherwise noted.