Fire in the Sky

Kaldir Mission: Harvest of Screams or

Zerus Mission: Waking the Ancient or
Skygeirr Mission: Infested or
Space Mission: With Friends Like These...

Old Soldiers is the last Char mission in Heart of the Swarm.

Having eliminated the threat of Warfield's Gorgon battlecruisers, Kerrigan moved to the Dauntless Plateau to destroy Warfield's compound.[1] Warfield deployed his nuclear arsenal against the zerg, but not even this was enough to stop their advance. With the aberrations Kerrigan pushed through all the defenses and eventually overwhelmed them.[2]

"How many innocents have you killed? How many more have to die? What if Raynor could see you right now?"

A few terran survived the onslaught and boarded escape shuttles. Warfield instructed them to flee with the wounded, but the zerg were barring their way. The Dominion general confronted Kerrigan and demands that she let the transports escape even going so far as to accuse her of throwing away her humanity and Raynor's efforts to save her, asking what he would think of her actions. The wound of Raynor's death reopened, Kerrigan brutally finishes the terran commander in a fit of pain-driven rage. Afterwards, however, she orders the zerg to let the shuttles take flight.[3] 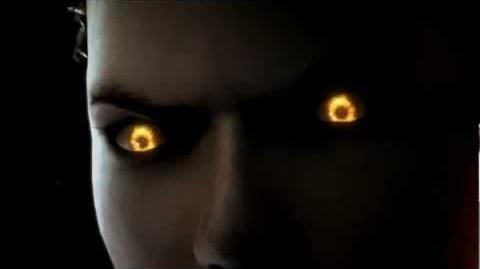 For the first several minutes of the mission, the player will command Kerrigan with a swarm of zerglings and banelings. Zagara will send regular reinforcements during this period. Using these forces the player has a few minutes to cause as much damage to the Dominion as possible before Warfield calls down a nuclear strike and forces them to retreat. Use Kerrigan's kinetic blast to focus down strong enemies, and banelings to break up clusters of enemies, in order to minimize casualties and thus maximize damage. On higher difficulty levels the player may encounter thors as well, which should be focused down by Kerrigan's kinetic blast and a handful of zerglings. The player has two potential targets, Dominion auxiliary outposts to the north or south. The northern base is heavier defended, but has richer yellow minerals of the type found on Redstone, so it is up to the player's preference. However, there will not be enough time to free both bases entirely.

The player should move in to the exposed expansion they freed earlier, and spread creep quickly to watch for incoming attacks. Warfield's forces are comprised heavily of ground-based armored troops, so the new aberrations are powerful in this mission. In tandem with numbers of zerglings and swarm queens for support ranged fire, the player should be able to sweep across the rest of the map and eliminate Warfield's auxiliary bases to seize the second expansion if needed. Once the player has a large enough army, they can assault Warfield's compound. The mission ends once the command building is destroyed.

The optional objective for this mission is to destroy two science facilities. They are each located near the two expansion points under a light garrison. Destroying them rewards two additional Kerrigan levels.