Edit
watch 02:34
Fire Emblem Warriors: Three Hopes - The Loop
Do you like this video?
Play Sound
"The tiny Probe was designed by the Khalai to lay the foundation for Protoss colonies on hostile worlds where living workers would be at too great a risk. Probes are responsible for harvesting the minerals and vespene gas that we need to fuel our industry. They also produce and plant the warp-beacons that allow us to teleport our buildings from Aiur to distant planets."

The probe is the basic protoss construction unit.

Probes are robotic drones that stand at the forefront of protoss colonization and military efforts[1]. Self-sufficient[2], probes are functional, light, and easy to produce. Their outer shell does not offer much in the way of protection (even factoring in their plasma shield) but it allows probes to operate virtually anywhere without sacrificing speed or mobility. The frame can also absorb light and turn it into energy, forgoing the need for a power supply.[1]

The probe truly shines in its service to protoss military might, providing service to the nexus of any protoss base. They are also used to warp in structures, manufacturing and planting micro-beacons, allowing fully functional buildings to be warped in over interstellar distances[3]. This process enables the protoss to quickly settle on new worlds, or establish nexus points to strike at their enemies, while only using a handful of probes.

As multipurpose platforms designed to operate in hazardous environments (likely teeming with dangerous creatures), probes are equipped with a miniature energy projector[1], which shoots out a particle beam[3]. Commonly used to collect samples and mineral crystals, the beam can be boosted to cause kinetic damage to targets deemed a threat[1]. Probes are also often used as rudimentary spies, sent ahead to survey the potential locations of enemy encampments.[4]

Typically, probes are not programmed with personality aspects such as bravery or curiosity.[5]

Purifiers utilize probes to gather resources, and their connection to Purifier data web makes them models of efficiency and diligence.

Probes utilized by the Daelaam are calibrated to gather resources with as little ecological impact as possible. The Tal'darim, however, have no use for such precautions.

Ihan-rii probes could fold into perfect cubes for combat storage during periods of deep space hibernation.[2]

Probes date back to the protoss's Second Age[2]. They were originally designed by the Khalai Caste to lay the foundation for protoss colonies on hostile worlds where living workers would be at too great a risk[6]. Per the nature of robotics at the time, these probes had a refined and luxourious appearance. Probes from the Great War era had longer stabilizer fins, but phase-smiths learned that they could become a liability in the midst of a widescale, vicious battle.[2]

In more recent times, some terran junker gangs have managed to salvage probes from abandoned protoss colonies, retrofitting them with terran technology to bring them into their service.

After 2506, a small number of probes were still in use that had survived since the Second Age.[2]

Though the probe's basic design has remained unchanged for many cycles, inventive phase-smiths are always experimenting with ways to improve its operational efficiency. The Dominion Engineering Corps has maintained continual efforts to replicate protoss probe technology, in spite of regular complaints from the SCV pilot's union.[7]

Probes are controlled by an artificial intelligence. Even after the Brood War, it is not uncommon to see hundreds of probes lining the streets of a protoss settlement, performing one task or another.

Probes are able to construct facilities from scratch. If the situation calls for it, probes may be used as a last line of defense.[8]

Artwork of the probe exists for StarCraft: Ghost. 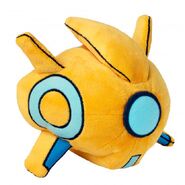 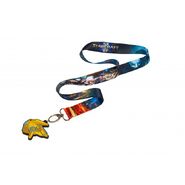 Probius appears as a playable probe hero in Heroes of the Storm.[7]

Probes appear in the Blizzard World map in Overwatch.