Start a Wiki
watch 01:50
The Loop (Games)
Do you like this video?
"The prophecy is more important than either of us! Reveal its secrets, Zeratul! The future rests on it!"

The prophecy of Ulaan is a prophecy created by Ouros[1] that foretold the end of the xel'naga´s Infinite Cycle by Amon, who would also bring about an apocalyptic restructuring of the cosmos.[2]

"On a distant, shadowed world, the protoss will make their final stand. Their heroes will gather, their forces will be marshaled, and they will die bravely. But still, they will die. And my zerg... will be slaves... to the hybrid. All will bow before the power... of the Fallen One."

The prophecy came into being after Amon's war with the xel'naga,[3] with the greater bulk of their species being consumed by the zerg,[4] while the survivors returned to Ulnar.[5] The xel'naga Ouros created the prophecy in order to guide the future races that possessed purity of form and essence to Ulnar where they would awaken the last of the xel'naga.[1] The prophecy was stored in fragments on Ulaan.[6]

At the end of the Brood War, Zeratul discovered the hybrids on a dark moon.[7] This prompted a search for more information after the war; in 2503,[8] he arrived on a world via a wormhole created by energy creatures that put him on the path to finding the prophecy. He believed (at least partially correctly) that a benevolent force had created it in order to assist the protoss (or perhaps, a multitude of races) in a time of great need.[9]

Zeratul found rumors of the prophecy on Ulaan which he believed foretold the return of the xel'naga. The prelate traveled to the world on the eve of the Second Great War and, despite competition from the Queen of Blades, retrieved the fragments and brought them to the forbidden archive world of Zhakul where they could be interpreted by preservers.[6]

The preservers deciphered the fragments[2] and prompted Zeratul to seek further information from the dead Overmind. With the help of Tassadar's spirit, the dark templar gained access to the creature's vision of the future.[10] Zeratul learned that Kerrigan was essential to stopping Amon and his apocalyptic plans for the future.[11]

Zeratul recorded what he had learned through the prophecy into an ihan crystal. He gave the crystal to Jim Raynor during the Second Great War to ensure Kerrigan's survival.[12] Raynor believed the prelate had delivered the information at some risk to himself.[note 1][13]

Valerian Mengsk also became aware of the prophecy. When he revealed this knowledge, Raynor was surprised.[14]

When disinfected Kerrigan, Zeratul approached her leviathan and confronted her. Kerrigan asked his reason for being here and Zeratul showed her Zerus, the birthplace of the zerg.[15] Zeratul also added that she had to regain her power as Queen of Blades and so continue the prophecy. Kerrigan acceded, but she said would to have revenge by Arcturus Mengsk and not by the prophecy.[16][17]

With the death of Arcturus Mengsk, Kerrigan took her Swarm to confront Amon.[18]

Before the End War, Zeratul sought the last part of the prophecy that would give them the edge over Amon. He entered a Moebius Foundation facility searching for information on the world where Amon had been reborn. Arriving at the site, Zeratul discovered that Moebius Corps forces were slaves of the hybrid and the terrans had experimented with Protoss technology and several Templar. Zeratul, with Praetor Talis rescued the Templar and managed to locate where Amon was reborn: Atrias.[19]

Zeratul and Talis went to Atrias and fought against Tal'darim under the command of Highlord Ma'lash. Talis's forces allowed Zeratul to enter the Temple of Erris.[20] Inside the temple, Ouros (once more disguised as Tassadar) reappeared in the Void catalyst where Ma'lash communicated with Amon. Tassadar told Zeratul that the Keystone would usher them unto hope, and showed him its location on Korhal. Despite Amon's efforts, Zeratul made it out alive, and with the prophecy complete, departed to find and warn Hierarch Artanis of the looming threat.[21] However, he arrived on the cusp of the Reclamation of Aiur, and at first Artanis disregarded his warnings. However, during the landing the protoss encountered hybrids, causing Artanis to take Zeratul's warnings more seriously.[22] The two opted to search for the Keystone, but just then Amon returned, seizing the Khala and all protoss connected to it. Zeratul was able to fight through the controlled protoss and free Artanis, but at the cost of his life. Artanis gathered the survivors and swore to take up Zeratul's charge, and use the knowledge gained from the prophecy to defeat Amon.[23]

Artanis reclaimed the Keystone from Korhal, and thanks to the research of Phase-smith Karax the Daelaam were able to find the xel’naga temple of Ulnar.[24] Inside they found Kerrigan searching for the xel’naga as well. However, they arrived to find the xel’naga inside dead, and Amon sprung a trap within the temple.[25] They were able to fight out, and after continuing to battle Amon and his minions the protoss devised a method to use the Keystone to purge Amon from the Khala, forcing him back into the Void. While off of its normal course, the prophecy had aided the protoss in defeating the ancient xel’naga.[26]

However, the prophecy was not over as Amon still lived. Two years later, Kerrigan gathered Jim Raynor and Artanis, and told the two that a voice was speaking to her from the Void, and that though Amon was defeated he was not dead. The three gathered their fleets and moved into Amon's realm of the Void, and found he voice coming from a spirit in the guise of Tassadar. After defeating its jailer Narud, the spirit revealed itself to be the creator of the prophecy, the xel’naga Ouros. Ouros had manipulated events in order to turn the Infinite Cycle over one more time, and wanted Kerrigan to ascend to xel’naga.[1]

Kerrigan accepted as it was the only way she felt she could make up for her past crimes. Raynor, Artanis and Zagara defended Kerrigan as she channeled Ouros's power, becoming a xel’naga.[27] Finally she went to face Amon, breaking the shield around him with the help of her allies and delivering the final blow. Defeated in the Void, Amon was finally killed. The Ulaan Prophecy, and the visions of the dark future given by Ouros, had been adverted.[28]

"In the fullness of time
The cycle shall draw to its end.
The xel'naga, who forged the stars,
Will transcend their creation....

Yet, the Fallen One shall remain,
Destined to cover the Void in shadow...


Before the stars wake from their
Celestial courses,
He shall break the cycle of the gods,
Devouring all light and hope.

It begins with the Great Hungerer.
It ends in utter darkness." 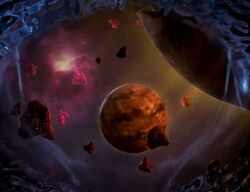 ..."The cycle shall draw to its end"... ..."The Xel'Naga who forged the stars shall transcend their creation"... 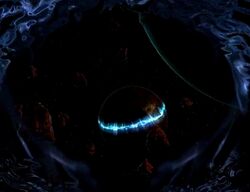 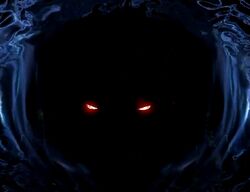 Retrieved from "https://starcraft.fandom.com/wiki/Prophecy_(Ulaan)?oldid=332702"
Community content is available under CC-BY-SA unless otherwise noted.