The queen [1] is a zerg support unit that appears in StarCraft II. Despite a shared name, it is a vastly different unit from its predecessor, most notably in that it no longer flies.

The creation of this breed of queen was carried out at the behest of the Queen of Blades, in order to safeguard the future of the Swarm and act as its hive-masters.[2] The queens came into use after the Brood War,[3] in use as early as 2501.[4] Abathur altered the essence of an older breed of queen[5], and ultimately from the Arachnis brood-keeper,[3] suppressing their ability to fly in order to improve their abilities to take care of the hive.[5]

Queens are sapient beings.[6] The queen's brain is encased in an armored skull, and connected to a set of nerve cords that bear resemblance to those possessed by protoss. The queen's brain gives it great mental capabilities,[3] but these queens have severe limits to their mental flexibility (unlike broodmothers),[7] and have limited independent thought, analysis, and sapience.[4] They play a limited command role in nurturing zerg nest sites.[3] In leadership roles, they oversee hives and[8] easily[3] coordinate lesser strains.[8] Queens can evolve and grow through experience, and can analyze and relay any tactical data fed to them by overlords.[3] Queens generally can't communicate verbally,[9] but have been observed to converse with other species psionically.[10] They are as able to hear, process and understand terran speech.[9] Queens have an ingrained matronly instinct, that even deep neurological restructuring is unable to eliminate.[2]

"Saw one puke on a roach. It looked so happy. Zerg are weird."

These queens are tougher than their predecessors,[3] including an armored skull. At full height, they are roughly 1.5 times as tall as a terran wearing CMC armor.[4] The new morphology of these queens hints at the incorporation of terran or protoss DNA, or perhaps even the zerg-altered genes of the Queen of Blades herself. Such evolution implied a widespread change occurred within the zerg hierarchy, a redistribution of power making them more difficult to combat.[3] When terrans first saw this queen, the universal reaction was that someone had taken a centaur from human legend, replaced the torso with a section of a centipede, and replaced the lower, equine part with a giant crab.[9]

The egg-laying abilities of the Arachnis brood-keeper was revised and altered for these queens to allow them to produce living globs of tissue, which adhere to creep and accelerate its growth.[3] These globs are deposited via their ovipositor, mutated from the one possessed by the Arachnis brood keeper.[4] These queens also produce a thick, protein-based substance that stimulates cellular growth,[3] achieved via mitotic enzymes,[4] which they are able to expel in liquid form. When a queen covers the wounds of a zerg organism (structural or otherwise) with this reddish fluid, the damaged tissue regenerates in a matter of seconds. Conversely, if the fluid is combined with a catalyst secreted by a gland located on the queen's neck (which gives it a sickly green coloration), and forcefully injects it into a hatchery, larvae will be incubated more rapidly.

Like all ground-based zerg strains, queens move faster across creep than normal ground. However, their legs are designed so that their movement is impaired when crossing non-creep covered areas;[3] they 'skate' over creep, which, per the design of said legs, makes crossing over normal terrain more difficult.[4] Dominion scientists have speculated that this is to keep more intelligent queens within the vicinity of a hive and reduce the incentive for them to wander off on their own.[3]

Queens have the advanced ability to manipulate their "offspring";[11] for instance, by 2503,[12] they engineered the zergling morph to the baneling, a breed that can contain its explosive energies until just the right moment.[11] They have also been tasked with the spawning of numerous cocoons.[13] These queens are equipped with acid spines as projectile weapons, and claws that can be used in melee situations.[4] They can also lob spores at their enemies.[14] However, their biological weaponry is mainly used to defend hive clusters.[4]

The queens of the Leviathan Brood are incredibly vicious and hostile. Any creatures foolish enough to approach their clutch with hostile intent may find themselves quickly impaled by many spines.

Queens enslaved by the Cerberus Program would defend their brood's backline and were upgraded with forged titanium blades and jet-powered spine launchers.[2]

The queen is a ground unit with an attack consisting of spines launched by the "wings" on its back. The queen emerges directly from the hatchery (meaning it is not morphed from a larva but walks out of the hatchery) and requires a spawning pool. You cannot set a rally point for your queen, they always spawn directly next to the hatchery in available space.

Queens are strong against hellions, mutalisks, and void rays, but are weak against marines, zerglings, and zealots.

A 1:1 ratio of queens to hatcheries will allow the hatcheries to continually produce additional larvae assuming perfect timing of inject larva, though the queen would not be able to generate an energy surplus for other abilities in such a case.

Building excess queens in lieu of or in conjunction with ground units and spine crawlers is a frequent early defense option due to the queen's ability to block small ramps, attack air units, heal with transfusion and later spread creep tumors or relocate to an expansion for larva injection in the mid-game. In addition the queen's lack of an armor type means that few units deal bonus damage to the queen, making her an excellent all-around tanking unit.

The queen's movement speed bonus from creep is much larger than other zerg units, making it especially slow when off of creep, but is fairly quick when on creep.

Blizzard considers Spawn Larva to be harder to use than other race-specific macro mechanics, but believes this balances the easier unit production management.[15]

The queen portrait is unlocked when earning the Solo Zerg 250 achievement.

The queen forces a creep tumor out of her bowels.[16]
Alternatively, each creep tumor may create a single additional creep tumor, using the same build time but no energy cost. This changes the tumor's appearance.


Creep tumors can only be created upon the creep, and within a range.

The queen instantly restores 75 hit points to target biological unit or structure, plus an additional 50 health over the next 7.14 seconds.

The queen from StarCraft re-appears in Legacy of the Void.

At Level 3, Zagara gains the ability for queens to spawn eight larva instead of four.

The queen moves to and places a creep tumor at the targeted location. The tumor has 50 hit points and generates creep every 0.8332 seconds. each creep tumor can spawn one other creep tumor within a radius of 10.

The queen heals a friendly biological unit or building for 125 health.

The queen moves to and places a creep tumor at the targeted location. The tumor has 50 hit points and generates creep every 0.8332 seconds. each creep tumor can spawn one other creep tumor within a radius of 10.

The Queen heals a friendly biological unit or building for 125 health. 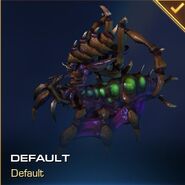 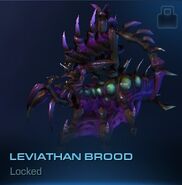 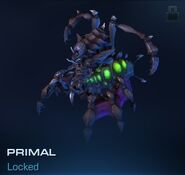 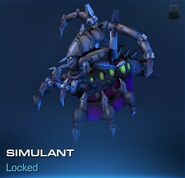 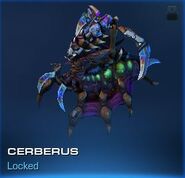 Cerberus queen
Add a photo to this gallery

Cerberus queen portrait
Add a photo to this gallery

Retrieved from "https://starcraft.fandom.com/wiki/Queen_(StarCraft_II)?oldid=355942"
Community content is available under CC-BY-SA unless otherwise noted.