Edit
watch 02:30
Dead Cells Final DLC - The Loop
Do you like this video?
Play Sound
"Blah blah blah. They hide and they heal. And it sucks."

- A Dominion marine mocking analysis of the roach.(src)

The roach is a zerg ground unit in StarCraft II.

The roach is a particularly tough, armored breed which possesses a high-speed regeneration ability when burrowed.[1] This quick regeneration is due to the constant breakdown to the roachs's own modified pharynx, a natural byproduct of the zerg's acid production, an intentional design by the Swarm in order to facilitate quicker regrowth.[2] A roach is slightly shorter than a terran wearing CMC armor.[3] In order to properly form, roaches require dark, humid conditions, such as those found in a roach warren.[4]

Roaches evolved from the fast-healing zantar slug of Garrxax[1] and were in use by 2501, taking part in a battle on Shi.[5] Their ranged acid saliva attack is capable of penetrating neosteel and armor, and violently dissolving flesh on multiple entry points. This saliva is derived from the zantar slug and is expelled with considerable force through the muscles that surround the roach's salivary glands—highly specialized striated ducts that produce a unique enzyme that weaponizes the creature's already corrosive saliva.[6] This acid contains viroids that propagate through their victim's nervous system, which can only be either addressed through heavy bachteriophage treatments or by removal of the affected limb. Due to their heavy armor, roaches are unable to aim their acid at aerial targets.[7]

If pressed into close quarters, roaches use scythe-like blades on their backs to dispatch the enemy. The hardness of these scythes allows roaches to scythe through neosteel and armor with ease. Roaches have the ability to evolve into ravagers, a fierce artillery strain that lobs corrosive bile at a long range.

The roach's metabolism is ten times greater than that of the zantar slug (increased through assimilation), and gained the ability to quickly regenerate even the most grievous wounds when burrowed.[1] This is through a process known as osmotic epithelium.[6] The absorption of soil compounds, especially rare earths and metals, has allowed roaches to develop extremely thick carapaces. Some Dominion scientists have theorized that the roach is not immune to the ravages of its acidic body fluids, and the creature's potent regeneration capabilities ensure tissue integrity in spite of constant corrosion.[1] The roach's thoracic acid bladder is similar to those organelles found in mutalisks. This bladder is triggered to erupt when penetrated.[2]

The Leviathan Brood roaches are known to be incredibly aggressive due to vespene exposure.

Roaches enslaved by the Cerberus Program had their carapaces enhanced with a carbon fiber nanoweave, and their offensive capabilities improved with forged titanium blades. [8]

After the ascension of Zagara to supreme ruler of the swarm, Abathur was ordered to continue to experiment with the roach genome in a continuing pursuit of perfection. This resulted in variant strains of the roach.[4]

Sometime after the Second Great War, roaches gained the ability to evolve into ravagers.[4]

"Use heaviest weapons only and confirm kill shot. I repeat, be 100 percent sure of total kill! Those bastards heal real fast, so do not settle for injury! If they burrow, grenade them as they go down!"

One on one, few are capable of taking on a roach and winning.[1] They are deployed when zerglings start to be thinned out and are sometimes supported by infestors.[9] When paired with zerglings, they can be nearly unstoppable against marines bereft of siege tank or bunker support.[10] Roaches are nearly impervious to small-arms fire, and nigh immune to flame-based weapons, and explosives and artillery are a must for terran forces when these creatures are deployed.[1]

Mastery: +0.33 attack damage per Roach Damage and Life mastery point. Up to a maximum 26 (Co-op Zagara)
16 (+8 vs Light) (with Hydriodic Bile) (Campaign and Co-op Abathur)

Mastery: +0.33 attack damage per Roach Damage and Life mastery point. Up to a maximum 26 (Co-op Zagara)
16 (+8 vs Light) (with Hydriodic Bile) (Campaign and Co-op Abathur)

The roach is a ranged unit, giving it added utility at choke points.[11] The roach rises slightly when it attacks.[12] It also has a melee attack that it, like the hydralisk, performs at close range for the same damage as the ranged attack.[13]

Roaches are strong against hellions, zealots, and zerglings, and weak against MMM, immortals, and ultralisks. Thors, stalkers, and siege tanks also pose a strong threat to roaches due to their bonus damage against armored targets.

They have no anti-air attack. Roaches inherit the roles of medium attacker and ambusher from the original StarCraft's hydralisk and lurker. To compensate for its lack of anti-air attack, it is common to see roaches combined with hydralisks. A common strategy is for roaches to absorb damage while hydralisks deal it.[14]

Increases Roach movement speed to 4.2 while unburrowed, and to 4.4 while burrowed under creep.

The roach can move while burrowed. It moves faster when burrowed beneath the creep. Glial Reconstitution has no impact on burrowing speed.

While it can be researched earlier, Tunneling Claws cannot be used until burrowing has been evolved.

The roach can morph into a ravager. Costs 1 supply.

The rate of healing increases with the Tunneling Claws upgrade to a rate of 10 hit points per second.[15]

The regeneration doesn't stack with the medivac dropship's healing ability.[16]

In the Heart of the Swarm campaign, roaches may be evolved into either corpsers or vile roaches after completing the required evolution mission. They are unlocked through the mission "Harvest of Screams."

Zagara is able to summon sacs of roaches with timed life in Co-op Missions. Otherwise, roaches are exclusive to Abathur. Abathur is able to evolve his roaches into ravagers, and they upgrade to the vile strain when he reaches Level 14. Additional upgrades for roaches and ravagers are unlocked when Abathur reaches Level 4.

Dehaka has access to primal roaches, which can evolve into primal igniters or primal guardians.

Stetmann has access to mecha roaches, which are temporarily spawned from mecha infestors.

The roach can morph into a ravager, a large creature with the Corrosive Bile ability.

The Roach evolves into a Brutalisk. Can be set to autocast.

The Limitless: Evolve to Brutalisk is no longer limited to 3, but requires 200 stacks of Biomass.

When killed, your units have a 50% chance to drop all their Biomass.

Essence Hoarder: Increases the Biomass Recovery chance from 50% to 100%.

Increases the movement speed of roaches by 33%

Roaches gain +6 armor when below 50% health.

On normal and rush maps, roaches are well suited for the early and mid-game.[17]

A roach/baneling combo is very powerful against terrans, as the roaches will soak damage, enabling the banelings to get close to the enemy and deal their high damage attacks.[18]

Roaches and zerglings are used early in ZvZ matches. Roaches are a more defensive unit compared to zerglings. Cost for cost, roaches win against zerglings at chokepoints but lose in open areas. Later in the game, numerous roaches can defeat numerous zerglings even in open areas.[19]

Roaches are a great way to defend an early expo against 2 Gate zealot push. Mass overwhelming roaches is also quite strong against a fast teching opponent, even one who goes air. Use roaches to soak up colossus damage until ultralisks or air units can support.

Roaches are a great staple unit and have great value for cost, but take up control quickly. In direct encounters with enemy armies of equal supply, mass roach is more likely to lose. 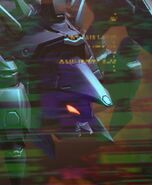