Edit
watch 02:17
New Pokemon Games - The Loop
Do you like this video?
Play Sound

Death Knight, a World of Warcraft manga, was previewed in Ghost Academy: Volume 1.

It will be available for sale in e-format from Cryptozoic Entertainment.[3]

Ghosts – the Dominion's ultimate weapons - elite terran operatives capable of reading thoughts, becoming invisible, and much more. One location possesses the technology and expertise required to teach these mysterious individuals their unique and deadly talents: the Ghost Academy.

The inner workings of this shadowy institution have remained shrouded in rumors and fearful speculations - until now. Join Nova, a powerful psionic, as she struggles to forget the memories of her harrowing past and adapt to her new life as a Ghost Academy cadet. Along with other trainees, Nova must undergo brutal physical and psychological exercises as her unique telepathic and telekinetic powers are twisted to serve the Dominion.

Nova's greatest challenge, however, may be putting up with her own teammates: Tosh, a hard-line Dominion supporter; Kath, a mouthy vice-president's daughter; Aal, an opportunistic playboy; and Lio, a scatter-brained geek with a habit of making machines go haywire. Despite the cadets' differences, they have no choice other than to endure and overcome, because at this school, failure is not an option.

The "Psi-Ops Division of the Terran Dominion" sends letters to parents of psychic children, stating it is their duty to apply their children's abilities to "betterment of mankind". The child was to report to the nearest military installation for transfer to the newly re-designed Ghost Academy. Signed by Arcturus Mengsk, a footnote threatens the parents with penalties if they do not comply, as well as sending Dominion officers to remove the child.

Former Dominion senator Corbin Phash, father of Colin, a new ghost recruit, broadcast anti-Ghost Academy propaganda, distributed by the Umojan Protectorate. Ghost Program director Kevin Bick went on UNN to counter the propaganda, claiming it was out-of-date and that the new Academy was much better for students than that of the Confederacy. He went on to state that ghosts counteract threats to humanity, such as the UED.

It's All Over Now, Team Blue[]

Team Blue – Gabriel Tosh, Nova Terra, Kath Toom and Lio Travski – attempted to free hostages from the Valerian. Terra ran off by herself. Tosh gave instructions, but one by one he and his subordinates fell to the enemy. Terra, using telekinesis to her advantage, almost completed the training mission but was finally defeated. The team was rated poorly, but Terra herself scored highly, despite her lack of teamwork. Terra considered herself a failure, since a hostage had "died" along with herself. As the team headed to their next class, Terra saw a child's shadow. She would continue to see glimpses of him on occasion.

Director Kevin Bick discussed the new team system with Superintendent Sarco Angelini, along with what should be done with Colin Phash (increase his visibility to counter his father's propaganda) and deal with a new system, Aal Cistler, playboy son of the finance minister Aldeo Cistler, who was in turn a personal friend of Arcturus Mengsk. Aal Cistler had a PI of 4.5, too low for the Academy, but Bick would break the rules due to the elder Cistler's power. He would be assigned to Team Blue. Neither were happy with the situation, and both hoped he would "wash out" of the Academy.

Dylanna, the leader of Team Red, rudely confronted Nova Terra about her tactics during training. Dylanna was upset that Terra had abandoned her team and left them to "die", and felt Terra only got her high rating because the rest of the team had performed poorly. Both Gabriel Tosh and Kath Toom agreed with her, but Tosh wanted to handle this quietly. When he upbraided Terra on her lack of teamwork, she brushed him off, and would continue to do so whenever she and Dylanna had a confrontation.

Meanwhile, Lio Travski begged fellow trainee Kam Hantra for more hab, an addictive drug. However, Hantra had run out and could no longer supply him in later meetings. Travski bitterly complained about its withdrawal symptoms, even sending an electronic letter to his uncle Desi about it. He used his technopathic abilities to ensure the master computer, "Sparky", didn't detect his message.

Aal Cistler was introduced to Tosh, but his attitude immediately soured their relationship.

Seven Times Fall Down, Eight Times Get Up[]

Team Blue took part in another teamwork exercise, in which they needed to use their mental powers to create an "image" to help each other navigate. Aal Cistler either didn't or couldn't contribute, Lio Travski couldn't focus due to his withdrawal symptoms, and Nova Terra went off on her own again, completing the mission by herself. One again Terra received a high rating.

Sergeant Hartley instructed the trainees in martial arts and, impressed by Cistler and Gabriel Tosh, insisted they spar with each other. Cistler came out ahead, but Hartley still found fault with him, beating him to the ground and demanding he stand back up. Afterward, Tosh finally convinced Terra to begin working with her team.

Terra demonstrated her new attitude by helping new trainee Delta Emblock learn how to read and teaching Toom how to put a C-10 rifle together.

Cistler met Kath Toom for the first time and tried to hit on her. Toom, the daughter of a vice president of the Kal-Bryant Mining Conglomerate, wasn't impressed and made that fact clear with her mockery. Tosh put him down too. Cistler noticed Lio Travski's withdrawal symptoms and promised him drugs if he would convince his uncle, Desi, a Kal-Bryant computer technician, to sabotage the Conglomerate.

All I Have To Do Is Dream[]

Delta Emblock met with Team Blue to celebrate her successful reading test. Aal Cistler insulted her and mocked Kath Toom's father before leaving the table. As the rest of the team discussed their pasts, Gabriel Tosh's comments hit too close to home for Nova Terra, who suffered nightmares about her past that night. Emblock also suffered nightmares.

Tosh had accidentally picked up Terra's dream but was able to comfort her, saying where she had come from wasn't important, but where she was going was.

Aal Cistler finally provided Lio Travski with the drugs the latter had been asking for.

Team Blue did the Valerian hostage rescue training mission again, this time at full strength. Nova Terra followed Gabriel Tosh's instructions, taking Cistler with her into the ship. While Cistler's martial arts expertise was very helpful, he demonstrated a lack of teamwork and couldn't telepathically communicate with the other members.

The rest of the team performed admirably; unfortunately, Travski suffered a dramatic drug reaction and fell into a coma. Terra, being familiar with drugs from her past, called for a doctor.

Superintendent Sarco Angelini knew of Travski's drug abuse, having used it as an experiment on the effects of drugs on psionics. In order to cover this up, he subjected both Travski and Terra to a short memory wipe.

Meanwhile, Cistler was thrown out of the Academy for drug dealing. Due to his father's influence, however, he was simply returned to Korhal. He sent Kath Toom a taunting message, explaining why her father was under investigation for "accounting irregularities" at the Kal-Bryant Mining Conglomerate.

Due to her improved attitude and general high performance, Nova Terra was promoted to third-class trainee. Meanwhile, Delta Emblock became the team's newest member. As Terra made friends with Toom, she said she was no longer sure she wanted a memory wipe.

Director Kevin Bick wrote a letter to the staff of the Ghost Academy concerning the fate of Aal Cistler, mentioning Lio Travski, who would undergo rehab and detox, and finally included a note forbidding romantic relationships among trainees. 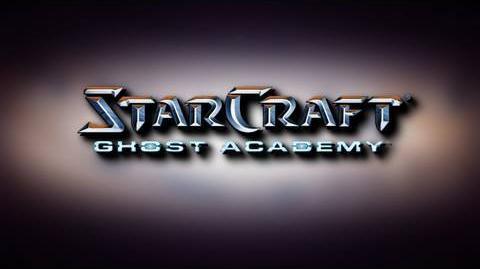