Start a Wiki
watch 02:17
The Loop (Games)
Do you like this video?
"Every CO worth their salt knows the importance of a supply line. Without a depot fully stocked with fuel and ammo, warfare is simply impossible."

The supply depot houses all the goods, tools and accessories that are necessary for the running of a terran base. It is used by both military units and colonists.[1]

"In order to equip additional personnel you must have enough supply depots to support them."

Under the Terran Confederacy, supply depots were standard for military bases and possessed a universal design.[2] This design was that of a low, one-story, metal-clad structure, a spacious waiting area and a counter separating said area from the storage racks on the other side.[3] Such storage includes weapons, ammunition and even SCVs.[4]

On hotter planets, the supply depot's supercharged ventilation systems makes it a popular spot for off-duty marines to drink and relax.[5]

During the Second Great War, through research of protoss artifacts, Doctor Egon Stetmann gained insight into protoss architecture and was able to develop orbital depots—supply depots capable of being dropped from the Hyperion and surviving entry through a world's atmosphere to a point designated by a SCV-planted beacon.[6]

The supply depot is by far one of the most important buildings in the terran tech tree. Similarly to the pylon (protoss) or the overlord (zerg), it provides "supply points" which allow for the construction of new units. Unlike overlords and pylons, however, it does not have any additional abilities.

Supply depots were set to appear in StarCraft: Ghost. A wireframe appears in a demonstration build of the game.[7]

In addition to providing supply in StarCraft II, the depot gains the ability to lower and rise from the ground. When lowered ground units may pass over it. Unlike the Perdition turret, it is not considered burrowed or hidden when lowered.

The structure's attributes, other than blocking movement, are not changed when it is lowered.

The orbital command can target a supply depot to permanently grant it an extra 8 supply. The modified supply depots look different, but are still capable of raising and lowering themselves.

This ability is disabled during campaign play.

A special supply depot skin is unlocked via leveling in Heart of the Swarm.[9]

Jim Raynor and the Horners gains the following upgrade to supply depots in Co-op Missions.

His and Hers Supply

Supply Depots are fitted with Dominion technology, increasing their supply and hit points by 100%.

Small units could originally pass between supply depots. This was removed by September 2007.[11]

Supply depots could be salvaged.[12] 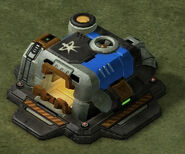 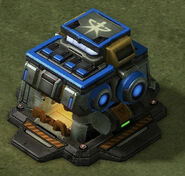 A supply depot with extra supplies. 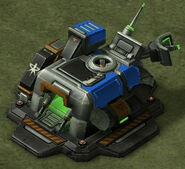 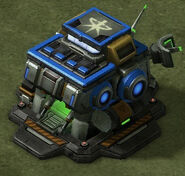 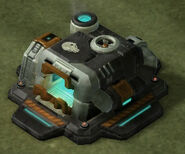 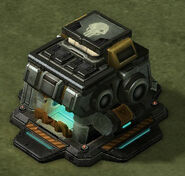 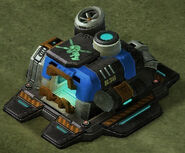 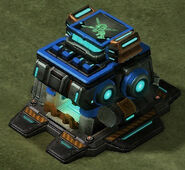 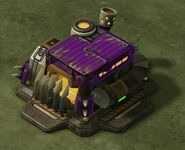 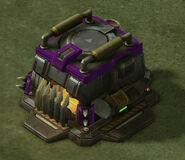 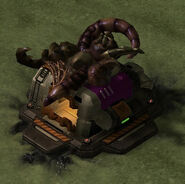 An infested supply depot.
Add a photo to this gallery

Retrieved from "https://starcraft.fandom.com/wiki/Supply_depot?oldid=358618"
Community content is available under CC-BY-SA unless otherwise noted.