The Dark Templar Saga is a trilogy of books written by author Christie Golden. It details events in protoss history and serves as a prequel to the StarCraft II storyline, setting up some plotlines and foreshadowing some of its events. It was written concurrently with the game's storyline.[2] 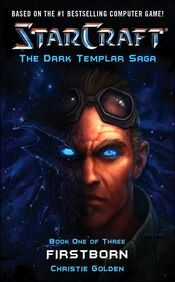 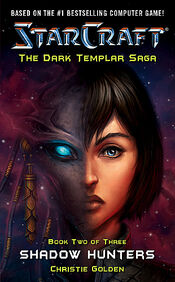 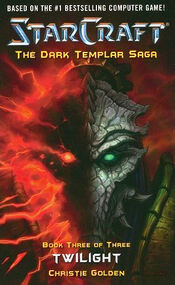 Outlines of the trilogy were made by Chris Metzen, but Christine Golden was given a lot of freedom as to how she wanted to craft the story. The core idea of the series was to thrust an average human into the forefront of galactic events, and have him interact with story significant characters. In original drafts of the series Jacob Ramsey was supposed to be a latent psionic, but this was changed to make him a regular human at Metzen's request.[3]