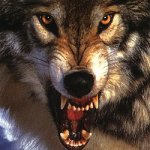 To elaborate (wanted to drop a line in case you were still busy at the time); while the increased resolution and uniform dimensions is good, sizing the images so large is a bit distracting visually, and design-wise serves to length the infoboxes vertically and makes them harder to read as a result. DrakeyC (talk) 05:09, December 1, 2015 (UTC)

Ok, I won't widen them anymore, I just thought it looked better having the portraits fit the width of the infoboxes. ALoneWolf85 (talk) 06:03, December 1, 2015 (UTC)

Can you please use the correct name format for images and categorize them as you uplaod them? I don't have time to constantly clean up after other people.--Hawki (talk) 00:24, January 7, 2016 (UTC)

Yeah man, I apologize. To double tap, correct name format is NameOfThing SC2 Icon/Portrait.jpg for example? Also I planned on going back to categorize them. The pictures already uploaded, can I rename them? or do you want me to do redirects for them? What do you recommend for a plan of action? ALoneWolf85 (talk) 00:47, January 7, 2016 (UTC)

Renaming can wait - the images being where they are are good. In this case, it's Name SC2 Icon#.jpg (no spaces); e.g. Zergling SC2 Icon1.jpg). It's not something that absolutely has to be done right now, but as you're uploading them en masse, getting it right now will save drama in the future.--Hawki (talk) 00:50, January 7, 2016 (UTC)

From StarCraft's Galaxy Editor. I just load the portrait in the cutscene editor, change the viewport size, find the portrait's correct lighting, then "print screen" and paste into photoshop. ALoneWolf85 (talk) 08:46, May 9, 2017 (UTC)

Far as I can tell, the answer is no, as it's not listed among the file types. The permitted file types would be something that wikia rather than the individual site decides.--Hawki (talk) 03:57, May 15, 2017 (UTC)

Far as gifs go, you'll probably get different answers depending on who you ask - for me, it's more aesthetics than anything else. I kinda prefer SC1 portraits to be gifs (as they're smaller and less detailed, the motion adds more), whereas I prefer SC2 portraits to be static (as they're larger and more detailed, I prefer them to be static, as it makes appreciating their aesthetics easier). There's no real hard or set rule, but replacing jpegs with gifs isn't exactly a priority. In some cases, both can be used, if game unit info is on the same page as lore-based info, in which case versions of the same image can be used in different sections.--Hawki (talk) 04:35, May 15, 2017 (UTC)

As it stands, I'm not fond of the format, since it requires clicking to play. As in, a video, which are always put in galleries within articles rather than the body of the article itself. So, the image as it stands isn't good for placement within an article, and I'm not sure how it would function in a unit box, since the template usually takes people straight to the image rather than the usual preview format (as in, I don't think it would be 'clickable').

Retrieved from "https://starcraft.fandom.com/wiki/User_talk:ALoneWolf85?oldid=265368"
Community content is available under CC-BY-SA unless otherwise noted.