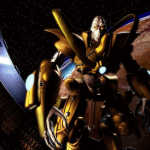 The issue boils down to maintenance (a big deal since there's a new build about once a week). We're using the new Category: Upgrade boxes templates, since you can effectively edit the templates all at once when new information comes about. At present, since few such templates exist for more specific unit upgrades, we're trying to keep everything in one place (the unit's page); that'll make it easier to update the abilities when the inevitable new reports come in. Thanks! Kimera 757 (talk) 23:01, 19 July 2008 (UTC)

We've got the upgrade boxesEdit

For burrow, we simply use this:

If the burrow stats change, we only need to edit the page SC2ZergBurrow, and that automatically changes the template on each page you find it on. Kimera 757 (talk) 22:49, 28 July 2008 (UTC)

Indication of what units a building produces should be limited to links in the "produce" attribute of the building infobox. Meco 22:09, 19 July 2008 (UTC)

Please familiarize yourself with the image uploading guidelines. At the very least, if you got the image off of the web you must provide a link to the source in the image description. Meco 19:30, 16 August 2008 (UTC)

The same applies when referencing other sources. For instance, where did you get the information about Moebius Reactors in StarCraft II? Kimera 757 (talk) 20:20, 6 September 2008 (UTC)

I tried to send you two messages, but from my PoV it just shows my avatar. Did they get through?

You can copy-n-paste symbols from non-English languages, such as ¿ or a symbol from the Korean language, if for some reason the typing doesn't go through. (If this is the third time you've seen this, please delete it. ;) ) Kimera 757 (talk) 23:49, 21 September 2008 (UTC)

Yeah, I had known that for awhile, and now have time to deal with it, but also need time to finish up info on Stealing Thunder. I'm going to add your note to the things to do article, so at least we'll be reminded of that :) PSH aka Kimera 757 (talk) contribs) 01:07, December 27, 2010 (UTC)

Making new pages is a good idea. IMO, I'd rather have a few good pages than lots of bad ones, so giving an achievement every 5 or so articles is probably fine. I could picture someone wracking up articles by hunting down "wanted" articles. PSH aka Kimera 757 (talk) contribs) 21:49, July 11, 2011 (UTC)

Heart of the Swarm References Edit

Retrieved from "https://starcraft.fandom.com/wiki/User_talk:Giobruno?oldid=352051"
Community content is available under CC-BY-SA unless otherwise noted.