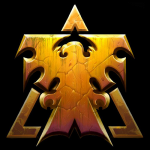 Hey, just asking you on here so you get notified. Can you find a sample of pages using GameBox that you thought had problems with the images, and post a list of links on User talk:FishTank? He's from Fandom (helped me use the bot here, but otherwise not involved) and says he'll take a look to see what the error is. Thanks!--V Technobliterator TC 22:09, June 23, 2017 (UTC)

Thanks for deleting, yes, that was a mistake, it was supposed to be a blog.

I've just left Subsorian a message for an hour ago, but he doesn't respond. So I contact you instead.

May I use Scout SCR HeadAnim on Mojo page now? (I already added an old file on its UnitBox due to the remastered one, though) There's a video which the remastered profiles are used on the heroes (including Mojo, Dark Templar, Danimoth, Warbringer, Alan Schezar, and the others etc.) --59.7.129.208 05:35, August 2, 2017 (UTC)

I'll have to change the source later on it. But first tell me something: do you believe only the RTC winners are wiki worthy? Or do you believe this holds true for every RTC submission? Psi-ragnarok (talk) 04:56, August 6, 2017 (UTC)

However, Psi-ragnarok has reverted all of my edits and said, "The description specifically said it's a Xel'Naga building, so therefore it can't be a Protoss NPC one", "It is NOT a Protoss NPC building because the Protoss didn't create the temple, the Xel'Naga did", and "That means nothing lorewise. It was left by the Xel'Naga, the Protoss claimed it, but its origins still belonged to the Xel'Naga". Do you think his words make any senses? -59.7.129.208 14:19, August 8, 2017 (UTC)

Hello, I'd want to ask you.

As you know, the pages Zeratul (StarCraft) and Dark templar (hero) were afflicated as (even before I came this wiki):

Dark Templar
You see that as an original, right? but Psi-ragnarok just changed the dark templars to nerazim.

...and you agreed only to him, not keeping the original edit. That's strange, isn't it? Since the other dark templar units in sc1 (Dark templar (StarCraft), Dark archon (StarCraft) and Corsair (StarCraft)) are afflicated to dark templar, not nerazim. Of cource, The nerazim is another term of Dark templar, but that term is used for sc2 units, not the original sc1. Do you agree all of his opinions? May I change those edit to normal? -Tlaqh1335 (talk) 15:02, August 19, 2017 (UTC)

As you know, Tom Kazansky was both a pilot and a colonel. The in-game refers his military rank, too. So I think he is considered as Terran soldiers.

And for Matthew Horner, his currant rank is Dominion Admiral. So I've added Terran soldiers. But Psi-ragnarok reverted my works and said: "As was Warfield with the general rank, yet I think the category was removed from him". In that case, Do you agree his opinion?

PS. Psi also added terran soldiers in Turfa Dei, the mercenary page. He said that War Pigs are considered as soldiers. I can't agree with him, since the mercenaries are not the regular armed forces. Do you agree him as well? -Tlaqh1335 (talk) 06:28, August 20, 2017 (UTC)

I want to ask you about addinf the remastered profiles on Insurrection pages. You may be curious about why am I asking this, because there are videos featuring the Insurrection remastered play. For example:

Though only 3 missions are uploaded, the other missions (include Terran, Protoss, and Zerg) will be updated soon. So I'm up to add remastered profiles on pages so they look even better. What do you think? -Tlaqh1335 (talk) 08:01, August 25, 2017 (UTC)

Last time you said: "Remastered is done by Blizzard, and can be safely applied to any product created by Blizzard within SC1". So I ask you about adding remastered gifs on Resurrection IV pages (including characters & units).

As you know, the StarCraft 64 is product for Nintendo, but it is developed by Blizzard itself. Resurrection IV is one of the campaign within it. But now, its campaign is playable not only with Nintendo, but also with PC. And recently, the remastered video is uploaded:

Hi, admin. I think i'm having bugs, issues and problems for editing and adding a comment to one of my blogs. It keeps saying "You cannot post a comment or edit a comment" or i dunno. I might need your help on it. --FeruEnzeru (talk) 00:48, September 4, 2017 (UTC)

The map has been holding it's place in the top 9 Arcade games off and on.

Unfortunately it's very complex and there's too much content to learn in even a few dozen playthroughs. I'd like to start a wiki page with some of the map's community to document how to play.

Thank you for your understanding and all the best to you.

Hawki, have you seen HotS v. 2.0 and Bama Kowalski's skins' titles? One of them is named "Umojan tank", officialy. It is white painted and with blue neon. Even in "Nova ops" there was not true Umojan tank units. It seems, that some another umojan units than marine we will not see in SC 2 with all its Co-Op commanders' updates. So this recolor is a sole reference to umojan military machines. Theoretically, other units can reveal on sequel. But not now. What shall we do with this section of article? More images is best, IMHO. Or just add Heroes of the Storm's tank screenshot to Speculation section.

Rather then have us both edit the page with our interpretations of the horrible consistency screwup that are battlecruisers, How about I get a statement from Robert Rose that correlates with my earlier comment. Something that could definitively go in the Sizes section. Besides I recall you used to support the 560-meter minotaur, back when the buccy was a minotaur, (but still used the behemoth model).

On the section of the drydock photo, its the SC2-Retcon behemoth. It literally matches the cinematic model within the boundaries for artist interpretation.

Reason I separate the two is the "Engine of Destruction" Briefing, which has a cinematic model flanked by two smaller ingame models. Matching the Cinematic model to a Behemoth (A la Hyperion) at about 1KM, the ingame SC2 battlecruisers fit the 560 meter minotaur very well. Also see both types alongside each other on char.

Sorry for bothering you, but Nemesi continue to rollback my edit about Han and Horner TC, even if we decided to use the OFFICIAL TC used in Co-Op, and this commander have dark purple color.--PRISON KEEPER (talk) 11:51, November 16, 2017 (UTC)

What the hell? I wanted to edit the Template:CoopAdvancedOptics, but if I press "edit", then I immediately drop it into the editor Template:CoopStructureArmor.

Hawki, tell me something: if Blizzard keeps changing the HP stats of the same unit as time passes by, is there really a point to alter it here on the wiki? Basically what I found is this: when the Oblivion Express map was first released two years ago, the Moebius trains had 4200 HP on brutal. However after Dehaka was released, those trains' HP (still on brutal) was up to 7750, and there might have been changes between the two years to now (as commanders like Abathur, Alarak, Nova, Stukov, and Fenix were gradually released). Therefore, if Blizzard keeps altering the HP on such units every time a new commander is released, should we keep changing it here on the wiki simply to keep up? -Psi-ragnarok (talk) 04:27, November 17, 2017 (UTC)

That was rather a lazy thing to do. While you may have dubbed it as a "mess" it was certainly more consistent than the old thing.

-Causes of death were mentioned for some rather than many others -Relations between family members were never really implied at all -Titles were mentioned while others were not.

Retrieved from "https://starcraft.fandom.com/wiki/User_talk:Hawki?oldid=298366"
Community content is available under CC-BY-SA unless otherwise noted.