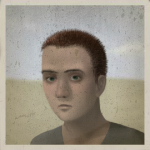 So just a heads up on how we usually do categories:

If an article is in a subcategory of a parent category, we only put the subcategory instead of both. For example, you put Category:StarCraft Episode VI missions under Category:StarCraft Zerg mission, but both of those categories in the Episode VI mission articles. Because Episode IV is part of the Zerg mission category, having both in one article is redundant, and it makes it show up multiple times in the category chain.

HOWEVER, those mission articles already had some redundancy with StarCraft missions followed by StarCraft Episode __ missions, so it's not a big deal. But just a note for how it usually works.

Retrieved from "https://starcraft.fandom.com/wiki/User_talk:Jeanioz?oldid=271516"
Community content is available under CC-BY-SA unless otherwise noted.