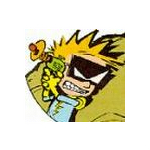 Please provide a source for your contribution to the psionics article. On this wiki, unsourced statements are regarded as speculation (at best) and will be removed. - Meco (talk, contribs) 18:16, January 25, 2010 (UTC)

Out of curiosity MisterRandom2, since you showed me that youtube link, are you getting all the stats for the units and buildings from those vids, or did you make an LP yourself and looked it up yourself? Because a lot of what you found recently (Keystone stats, tram engine, escape pod, artifact vault, primal pack leaders, rampage, torment, and oblivion constructs, merc space station, ordinance towers, etc) are things I found via youtube vids well over a year ago (just never had time to put it up)....--Psi-ragnarok (talk) 23:48, August 13, 2018 (UTC)

Christ the Battlebox might have been me, fixed now. And yeah we can't modify image sizes now, a wonderful "upgrade" wikia gave us with portable infoboxes to make the experience better for mobile users, even if their mobile interface is already pretty garbage.

I messed with the scaling for it however, but I've noticed some are a bit weird but it was a bit better than what we had before in regard to smaller images. Which specific ones do you think we need to fix up? I've debated setting it to a consistent image size but that REALLY messes with things like SC1 portraits. --Subsourian (talk) 02:10, August 22, 2018 (UTC)

Not sure how we missed that. Also caught another one with Mercenaries. I think there were errors when it was transferred to a portable infobox since we weren't involved in that. Anyway good catch. --Subsourian (talk) 02:40, August 26, 2018 (UTC)

Retrieved from "https://starcraft.fandom.com/wiki/User_talk:MisterRandom2?oldid=352053"
Community content is available under CC-BY-SA unless otherwise noted.