When uploading images, please follow the image policy when naming files. (Also, please don't use all capital letters.) And please source the images. Thanks. Kimera 757 (talk) 21:34, 28 May 2008 (UTC)

If I may also add: please make an attempt to search through the images already uploaded to avoid duplication. Also, please refrain from uploading images that are so small that details are very difficult to pick out. Meco 06:30, 29 May 2008 (UTC)

If you would review the deletion log you will find that you have been blindly uploading images that we already have. Just because the border, or the size, is different doesn't make the core subject of the image different. You are also strongly advised to familiarize yourself with the image policy, especially the parts concerning file naming and sourcing. Meco 13:36, 29 May 2008 (UTC)

This is the third time that you have added "Mutalisk (Character) (Playable Character in Starcraft: ghost)" (or something to that effect) to the Mutalisk article and it has been third time it has been removed for want of a source. The next time you add it without a source you will be banned for a period of time. Addendum: Right, the fourth time I'll let go because you will not have received this message yet. Meco 15:25, 4 June 2008 (UTC)

If you were more aware of the contents of the article, you would find that player cerebrates are dealt with in the section prior to "Other Cerebrates". Also, it does no good to make links to "cerebrate" in the cerebrate article. Finally, if you checked the revision history for the cerebrate article, you will find that "Segal" and "Targ" have been removed again and again because of a lack of sources (sound familiar?). Meco 13:57, 5 June 2008 (UTC)

Prison Keeper, you (and all your unnamed accounts) have been blocked for one month for failure to follow the wiki's policies. In addition, not communicating with the administrators works against you.

Please don't add minor characters like the Mar Sara Magistrate to the heroes templates. We never see that character, nor do we even know their name.

Please leave the quotations. Cerebrate and Executor are not names. The quotations signify they are titles and that the character was referred to that way. It is unnecessary to put "Unnamed Executor" etc. Don't do it again. Your behaviour, especially the "Cerebrate-lieutenant", is suspiciously familiar to an IP account we recently had trouble with. Reply here ASAP so we know you're getting this message and you understand what is expected. Meco 19:54, 5 July 2008 (UTC)

The templates have those names for a reason.

Tassadar's forces use the Akilae flag in the StarCraft: Board Game (and we know they're in communication with Blizzard). The vast majority of the time, the template will refer to Tassadar's forces, not Akilae forces.

Kerrigan now controls the Zerg Swarm, and it hasn't been called Kerrigan's Swarm since the end of the Brood War. This is why changing the Overmind flag template to the Zerg Swarm template is inappropriate. Kimera 757 (talk) 19:32, 18 January 2009 (UTC)

Do not add additional identifiers to the infoboxes. They are not needed there. I believe we've been through this before. - Meco (talk) 18:50, 24 February 2009 (UTC)

We have a speculation policy. In the rare instances it's allowed, it goes on a page's Notes section.

Matt Horner being the magistrate is impossible. Just read his biography, either here or on the official site. It is not possible. This is why speculation should be avoided, or at least discussed on a talk page or forum first.

Do familiarize yourself with the noun usage policy. Names of species and most unit names are common nouns. - Meco (talk, contribs) 22:11, June 1, 2013 (UTC)

For the skins, do you have a linked page, as in, a page with the skins present rather than the skins by themselves? Easier to reference, better to use when it has an accompanying context.

On the creation of such an article, it may be created if:

In essence, the article would need a source that validates its existance rather than the source itself, if that makes sense.

If the article passes this criteria, then it may be created. Following things are/aren't allowed:

Night of the Dead is an example of this - it's substantive, but everything on it is confined to its own page. Ended up getting a wiki of its own.

The "top x" position wouldn't justify an article as those positions would change reguarly. As for an Italian channel, I'd need a link to see. However, I doubt it - the wiki is more or less English based, with aspects from other languages having their own wikis (e.g. we decided against creating Japanese voice actor articles due to the lack of relevance).--Hawki (talk) 13:56, June 5, 2014 (UTC)

Looking at the site...sorry, I'm not sure how 'official' it is. If it's a channel confined to YouTube, it might fall into the fansite category. Features the campaign, but not sure if it's enough. Sorry if this comes off as obstinate, but for hopefully understandable reasons fan maps are an iffy issue.--Hawki (talk) 21:54, June 5, 2014 (UTC)

Sure. The sandbox can be as detailed as you like. In the event of the mod meeting the wiki's inclusion criteria, the sandbox article can be transferred.--Hawki (talk) 05:33, June 6, 2014 (UTC)

Again, please follow the image policy. Your images have to be sourced and designated. The same applies for pages.--Hawki (talk) 12:10, November 11, 2014 (UTC)

I've moved the table into the War Council page. Any further updates to the table can be done there. The units will still need pages over time though - as per HotS, it's a far easier way to convey the info (namely all the zerg variant strains).--Hawki (talk) 13:09, November 11, 2014 (UTC)

I'll hold off editing for now, but under the assumption that the recent edits stem from Children of the Void, where do the dates come from? Far as I saw there was no statement as to when the Hierarchy was founded or when the story itself takes place.--Hawki (talk) 09:11, October 14, 2015 (UTC)

It's possible, but I kind of doubt it for the following reasons:

Ultimately, the only real evidence for the Dominion's colour being blue is the use of blue terran forces in LotV, which is iffy because of how colour schemes can work in the game, and in the context of Raynor's Raiders and other factions that have red elements. In contrast, Dominion forces are distinctly red in LotV proper, and red appears to be a far more prominent colour post-LotV (non-missions) outside the UNN bar. Ultimately, I'd like to at least wait until Nova Covert Ops. But as for now, I feel there's far more evidence for the Dominion being red rather than blue, so to speak.--Hawki (talk) 08:42, February 16, 2016 (UTC)

Well, depends on the content and how he responds. There is a precedent for using developer interviews with individual users (e.g. Talken Campell) as cited evidence. Just let me know if it happens - if it's something like a PM, what will probably happen is that the PM will be copy-pasted into a blog post, and the post used as the link.--Hawki (talk) 07:30, September 12, 2016 (UTC)

Every Terran commander has the missile turret, it is a universal structure. There is no reason to list it on Nova's unit list unless you want to also include the Barracks, Factory, Starport, etc. DrakeyC (talk) 13:19, October 24, 2016 (UTC)

Open the game, go to Co-Op, open Nova's unit tab, there is the Missle Turret.

Only because NOW all Terran have it don't mean EVERY Terran will have it, in the others commanders was added ALL the units in the unit tab. The pages are made considering THAT OFFICIAL unit tab you can find ingame. You don't like it? Ok, but is OFFICIALLY SINGNED IN HER UNIT TAB. So accept it.--PRISON KEEPER (talk) 13:52, October 24, 2016 (UTC)

First, do not shout at me. Second, I will refrain from reverting you as a discussion has been started by another user on Nova's talk page. Come and take part. DrakeyC (talk) 15:10, October 24, 2016 (UTC)

I looked through the Korean site Namu.wiki (and Koreans usually do not lie) and found which commanders what colors correspond to Co-op. 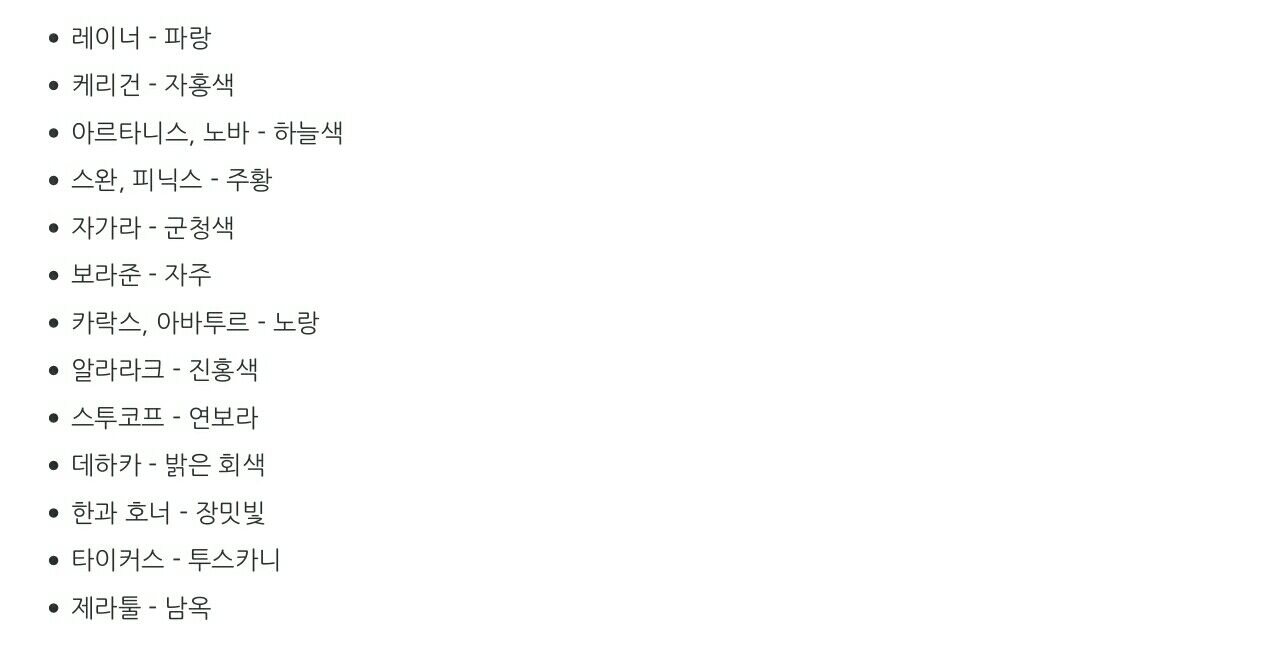 Here is the list of colors in the game: 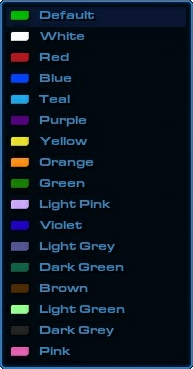 As a result, it turns out the following list of commanders and their respective colors: