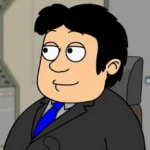 When adding information to the wiki, please add references. Are these all from the official dub? Please use the voice actor references as a template for these references. PSH aka Kimera 757 (talk) contribs) 13:05, November 28, 2011 (UTC)

On the subject, I've had to reverse many of the edits. If we're listing Japanese dubs, they belong in the voice acting section of the unit template, not in game unit article sections and certainly not in overview sections, which are reserved for in-universe material. Also, please categorize articles by surname alphabetically-best bet for that is the default sort template.

As for keeping the articles, I don't see much harm to it, but I'm wary of actively listing them in voice acting templates. We have a mandate for English ones, but I'm wary of going out into translation, as other language versions of this wiki exist for a reason. Might be best to take the same route as the Resident Evil wiki, to keep such articles obscure for those who really want to find them.--Hawki 20:29, November 28, 2011 (UTC)

I've created [[template:Japanese voices]] for use on those pages as a reference. I'm going to have to edit all of those. Also note that the reference might not actually be correct. However, by modifying the template, you can fix all those references at once. Megumi Ogata's page is an example of how to reference a voice actor. PSH aka Kimera 757 (talk) contribs) 23:17, November 28, 2011 (UTC)

I do not know what makes you think that adding that information right at the top of the article is appropriate. If you previewed your changes, you would see that it disrupts the accepted style for articles.

Furthermore, as per the above discussion, you probably should not be adding that information to the unit/character articles. Add it only to the voice actor pages instead. - Meco (talk, contribs) 12:22, January 10, 2012 (UTC)

As an addendum, seeing as even you don't seem to be sure who voiced which character/unit (given how you're changing some around), it may help if you found a more specific reference rather than just saying it came from the Japanese release of SC2. - Meco (talk, contribs) 12:26, January 10, 2012 (UTC)

At most wikis, you can only contribute materials from the language of the wiki in order to make administration easier. While you've been posting in English, I don't know how well you understand it. You don't seem to understand anything we tell you, making communication impossible. PSH aka Kimera 757 (talk) contribs) 13:44, January 16, 2012 (UTC)

Retrieved from "https://starcraft.fandom.com/wiki/User_talk:Tjdrud5460?oldid=181601"
Community content is available under CC-BY-SA unless otherwise noted.