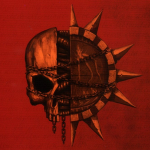 So just a note, I'm both on US Eastern Standard Time and also often am busy during the weekends. So if I'm slow to respond you don't need to poke me again, I'll get to it soon unless it's been like multiple days.

I'm ok with Horner and Kazansky, if only because they do fight in a war and take military action. Having said that, Raynor and Tychus already are "Terran marines," which is a subcatagory of soldier, so having both is redundant. I only removed Warfield and Stukov initially because I forgot we didn't have an officer's category (which I swear we did), which would be a subcatagory of soldier. Basically soldier should only be used if one of the subcatagories don't fit them better; Tosh is a weird case since he was a soldier THEN a psychic, like Hawki said, but he's an exception to the rule. In most cases check to see if there isn't another subcatagory of soldier before putting it in.

On the last note, mercenary is already a subcatagory of soldier, so having both is redundant. But mercenaries are soldiers, you don't need to be regular armed forces to be a soldier, just fight in a conflict for some faction. Regardless, because it's already part of soldier there's no reason to add both. --Subsourian (talk) 03:25, August 21, 2017 (UTC)

Elaborating on what Sub said, the War Pigs are in the same category as Tosh. They start off as a Confederate program (soldiers), and become mercenaries after Tyrador. So they therefore fit both categories.--Hawki (talk) 09:56, August 21, 2017 (UTC)

Obviously they'd look better, but that's not the issue.

Remastered is done by Blizzard, and can be safely applied to any product created by Blizzard within SC1. I'm uneasy about applying that to Insurrection and Retribution as they're not Blizzard created. It's effectively a question of authoratorial intent, whether the creators would be willing to use the new profiles for their own games. While all the profiles in those expansions were done by Blizzard, the creators still chose which profiles to use, which does grant them some level of authority over their own work, at least in principle. So, in essence, I'm wary about using the SCR profiles for those expansions because while it's kind of a moot point, there's the question of maintaining the choices used by the original creators.--Hawki (talk) 08:06, August 25, 2017 (UTC)

But to answer your question, unless it's an official port from Blizzard and not the fan-made remake that came out ages ago, we shouldn't use the new images for the respective articles.--Hawki (talk) 09:09, August 26, 2017 (UTC)

I'd consider all of Raynor's Raiders to be soldiers, again rank doesn't matter. As long as they don't have a category that supersedes that like marine they should be listed as smuch. They fought for an entity (in this case a rebel group) in a war against another faction. So I'd consider them soldiers. I'd consider Cal to be a soldier since he fought alongside the allied commanders and whatever alliance was against Amon. --Subsourian (talk) 20:15, September 10, 2017 (UTC)

Butting in, but I'd hold back on declaring every member of the Raiders as a soldier, since the definition refers to one serving in a military capacity. Does someone like Cooper or Ariel Hanson count? They're part of a rebel group, but their activities are unrelated to actual combat. Also helps that they already have occupational categories that they can fall into.--Hawki (talk) 21:34, September 10, 2017 (UTC)

Please leave the &ndash codes as is. Dashes tend to end up as either too long or too short on wikis. The code makes the dashes an appropriate length.--Hawki (talk) 03:02, October 10, 2017 (UTC)

Cool thing when you get the chance, Blizzard is trying to get in touch with a few of our main editors to send us a 20th Anniversary gift. Check out the thread and I'll send you the email to send it to (god I wish private messages existed) --Subsourian (talk) 18:51, April 9, 2018 (UTC)

The Remastered portraits were never used for the old website, which is where a lot of those characters come from. As such, they shouldn't be used.--Hawki (talk) 08:03, August 25, 2018 (UTC)

Retrieved from "https://starcraft.fandom.com/wiki/User_talk:Tlaqh1335?oldid=352057"
Community content is available under CC-BY-SA unless otherwise noted.