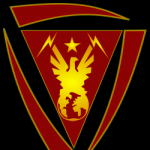 I'm glad you're editing so many character pages, but please do not create so many links. It is only necessary to link a character or concept once per section. PsiSeveredHead 22:48, 5 July 2007 (UTC)

When it comes to dates in the series, only provide them when actually given (eg, it's stated that StarCraft Episode I begins on December 12 2499 but Uprising's exact timeframe is nebulous.

Apart from dates given in the series, it's best to keep them to fanon. If you're into that sort of thing you can check out the timelines that PsiSeveredHead and I have developed on our profiles, or make one on your own. --Hawki 00:15, 6 July 2007 (UTC)

Hi. I've noticed you've included a lot of information from the Lore and Campaign discussion videos. I'd just like to say something about referencing them.

This has the name, date of article production, URL, title, source name and accessed date. Obviously we can't get these all the time, but we should try to keep as much information as possible. This is preferable to a simple URL link. Thanks. PsiSeveredHead 11:41, 9 August 2007 (UTC)

When adding information to an article and using game unit terms (like "high templar") please follow the naming policy. It looks odd when high templar coexist on a page with High Templar. (Dark Templar and ground vehicle names are an exception, but pretty much nothing else is.) PSH aka Kimera 757 (talk) contribs) 13:59, October 11, 2010 (UTC)

I am Marines Spec Ops, my favorite Character Gerard DuGalle was my first character ever played. But i used the Norad II's model and changes Norad II to Admiral DuGalle or Aleksander (Cannot be used_.

Just a quick thing I noticed for the protoss history article. You probably want to use "Dark Templar" when the culture is being referenced. (Dark Templar isn't a species; all Dark Templar are protoss.) I'm not sure how, or if, "dark templar" would be used in an in-universe context.

Yeah, pretty much. General rule is that "Dark Templar" is always used in an in-universe context as it describes an ethnic group (like how "Khalai" is always capitalized). "dark templar" is only used in a unit sense.--Hawki (talk) 03:46, October 10, 2013 (UTC)

Too much detail? Edit

Please look at Talk:Zerg history, the same concerns apply to terran history as well. There's too much detail for an overview article. A lot of sections can be trimmed to just a sentence or two, with a main article link for those looking for more detail. PSH aka Kimera 757 (talk) contribs) 18:05, October 13, 2013 (UTC)

This is an invitation for other admins kind of, but using your credits edit as an example, I don't think it's necessary to link author names in the ref. At the end of the day, they haven't been used up till now, so I'd rather just keep it consistent. Besides, a ref to an actual novel will have author links in it anyway.

I see you've been making references slightly less specific and removing unused portions of templates. Please leave those though. Both are useful if a page is updated later on. PSH aka Kimera 757 (talk) contribs) 02:51, November 5, 2013 (UTC)

Looking at the edit to neural resocialization, the reference to resoc being invented by the Terran Confederacy was removed. Articles should be written as if the visitor was completely new to the wiki and knew nothing of StarCraft ahead of time. We would know the Confederacy developed resocialization, but a new person might not. PSH aka Kimera 757 (talk) contribs) 00:54, February 13, 2014 (UTC)

Greetings. I am a participant on the Starcraft Fanfiction Wiki, apparently the founder or an admin at some point copied your character box over into the sight and messed it up royally. I was wondering if you could please help fix is. I would be greatly indebted to you. - Blaid 23:11, March 23, 2014 (UTC)

If you have the time, please see the talk page for Heroes of the Storm. Whatever decision is made, I want all the admins to be on the same page. Note that I'm also going to contact the admin of the HotS wikia.--Hawki (talk) 02:40, March 27, 2014 (UTC)

Thanks for cleaning up after me. :) After Ep I, I began using a lot of the formating changes you and other users made to the pages after I was done, if you keep going the workload should be lighter for you. DrakeyC (talk) 02:32, July 12, 2015 (UTC)

I left a message for 11 hours ago, but he didn't answered me. So I request for you instead:

Hi there, I'm Bluerock, and I'm the new Wiki Manager, taking over from PsiSeveredHead. Feel free to drop me a message if you have any questions or need any help editing the Wiki! --Bluerock (talk) 18:58, September 30, 2019 (UTC)

Retrieved from "https://starcraft.fandom.com/wiki/User_talk:UPL2229?oldid=352065"
Community content is available under CC-BY-SA unless otherwise noted.