Start a Wiki
watch 02:35
The Loop (Games)
Do you like this video?
"Ladies, gentlemen, I give you the latest weapon in the Dominion's arsenal, a force both for pacification and protection as we forge further into the unknown. It is my pleasure to unveil the Viking ground/air combat facilitation system!"

The A2 Viking Armored Mechanical Hybrid[2] is a terran unit with the ability to transform between a ground unit ("Assault mode") and an air unit ("Fighter mode").

"It's the wrath of God, chief, contained in metal and directed by man. We start thinking of it as pretty or decorative, we risk forgetting its purpose is just downright ugly."

"I know how he feels, though. These beasts are neither fish nor fowl. An armored walker that can convert into an aircraft? It doesn't seem natural, does it?"

A ship used to support other terran forces,[3] the Viking's transformation ability was based heavily on that of the siege tank.[4] In its aerial mode, Vikings are classified as air superiority fighters. The walker mode is considered more important.[5] They can be paired with AH/G-24 Banshees for operations as air cavalry.[6] The Viking is ungainly in the air.[7] The Viking is equipped with a large reactor housed in the central area of the vehicle that powers all electrical systems and provides torque for walker mode locomotion. A set of thrusters in the Viking's underbelly, which allow for hover/VTOL capabilities, keep it stable during transformations, and four low bypass turbines generate propulsion during flight. The pilot's seat has more than double the straps, pads, and packing than any other fighter craft to account for the violent ups and downs the vehicle undergoes when switching from aircraft to walker mode.[8] A soundproof carapace protects the pilot's ears from the thunderous sound of its Gatling cannons.[7]

The Viking was designed with versatility in mind, down to the letter. Most moving parts in the vehicle can be replaced with easy-to-find spares, and even the complex servo systems located in the arms and legs are interchangeable. It is not uncommon for Viking pilots to ditch an arm in order to replace a damaged leg servo and return to battle.[8] However, while the Viking's versatility is its greatest asset, it is also one of its drawbacks. Few pilots are able to handle both combat modes;[4] quite a few die in training,[7] and the majority of Viking pilots are killed in their first battle[4] (the term "cherry" is used for Viking pilots who have yet to carry out a transformation).[2] Those who survive however, become amongst the most skilled pilots.[4] The elite few who make it through training are so deadly that their names are well known by both allies and enemies across the Koprulu sector.[2]

During the reign of Valerian Mengsk, a more efficient and streamlined version of the Viking was developed by Castillo Industries with a different design. These Vikings are piloted by artificial intelligence. In addition, new Viking designs added a new set of twin engines to compliment the existing design of the viking, while increasing its firepower in both modes. Castillo also developed a new heavily armored viking model for the Umojan Protectorate. The Knights of Tyrador utilized a viking variant with distinctive blue thrusters that could be spotted from miles away.[9]

"Don't get too excited flyboy. One Viking ain't gonna drop a carrier on its own."

The Viking was designed to be the ultimate anti-air and ground-support weapon system,[4] armed with a large payload[8] of MT50 lanzer torpedoes and twin gatling cannons for both respective tasks.[4] A targeting system exists for both, along with displaying height and location.[10] Due to the torpedoes' low effectiveness against aerial targets smaller than capital ships, Enlightened Dynamics developed Ripwave missiles for the hybrid.[8] Bellerephon further expanded the Viking's options through the Phobos-class weapon system—an improved loadout that adds a longer-range anti-air missile and an improved gatling cannon increased range in ground assaults.[11] However, due to hefty implementation costs, only a few Vikings have received these upgrades.[8] The Viking is equipped with a governor circuit to prevent its weapon systems from overheating.[12] The failsafe can be disabled by the pilot however.[7]

"The viking is and remains the pinnacle of terran personal combat systems. You want to fight something in the air? You get in the air and shoot it. You want to fight something on the ground? You slam down and get your feet dirty. No other weapon is as flexible or dangerous. Inside my rig, I can take on any terran machine and tear it apart. Anytime you think you're up for it, you're welcome to climb into a different ride and give that challenge a try."

Viking pilots are equipped with helmets with visors that lower when they take their vehicles into the air.[13] However, regardless of whatever advantages the visor might bring, it is still possible to fly a Viking without one.[14][10] The Viking cockpit features a HUD,[15] with the standard fare gauges, targeting system, and terrain mapper found in terran fightercraft. In addition to this, the Viking has a detailed 3D wireframe that shows the condition of its every servo and actuator. In case of damage to the craft, the pilot is well aware of what works and what doesn’t, preventing fatalities due to system malfunctions.[8] The screen can display the visages of other pilots within a flight wing, and the craft is equipped with a rear-view camera.[7]

To keep their occupants safe in case of emergency, Vikings are equipped with a circuit that cuts off all power from the reactor, preventing the machine from reaching critical levels. In dire situations, pilots have been known to disable this governor circuit to divert more power to systems, and even supercharge the craft's reactor, resulting in a massive meltdown. This unofficial self-destruct mechanism has been dubbed the "Heimdallr," for the incredibly bright flash that accompanies the final moments of the Viking and its pursuers.[8]

The Viking was based on Wyrm[10] designed by the Terran Confederacy.[16] However, the Wyrm was considered to be sluggish and unresponsive, and thus was a rare sight.[10]

The Brood War revealed weaknesses in terran anti-air capability. Wraith combat fighters and valkyrie missile frigates proved to be an unwieldy combination against agile zerg airborne organisms. In addition, ground-based anti-air support from goliath assault walkers was too limited in its mobility: all too often airborne attackers would simply move out of the goliath's range. In the aftermath of the war, terran weapon technicians proposed a radical new concept to resolve both of these problems; an armored vehicle with the ability to change its combat role from an assault walker to an air-superiority fighter, enabling it to switch smoothly to fulfill tactical needs in a developing battle.[4]

Hoping to fill this gap in their arsenal, the Terran Dominion upgraded the Wyrm to the Viking, which had more armor, more options and a faster response time.[10] A Viking was showcased at Ursa[14] in 2502,[17] where one single-handedly destroyed a military base when the pilot went rogue.[14]

Final field testing of the Viking was carried out at Valhalla.[18]

During the reign of Emperor Valerian Mengsk, a new Viking was commissioned by Castillo Industries, which made a Viking with a sleeker design and that was more cost efficient to construct.[9]

The Viking is one of the starport's basic production options, and benefits from the reactor add-on.

In air mode, the Viking is a light flyer with a very long range anti-air attack. It is good for hit-and-run attacks against slower, higher value air targets like battlecruisers, corrupters, brood lords, motherships, void rays, tempests and carriers. The Viking is less suitable against other light flyers, the phoenix and the mutalisk; the former's long range does not fully compensate for the latter two's higher movement speed.

On the ground, the Viking behaves much like a more capable, but much more expensive, marine.

The Viking is useful for raiding worker lines, and supporting marines and marauders against colossi. They pair well with siege tanks to provide air defense for siege lines, as well as giving vision for sieged tanks. Vikings also pair well with Thors, Thors focus down on light flyers while Vikings destroy heavily armored targets.

The Viking may be fired on during its transformation sequence by units that can attack air.

The Viking transforms from one mode to another.
This ability is not smartcast.

Vikings are unlocked by playing either "Safe Haven" or "Haven's Fall," available after Rory Swann called in some favors to get their schematics.[19][20]

Ripwave Missiles are anti-matter warheads that can damage multiple air targets with deadly bursts of sub-atomic shrapne. The long-term environmental impact is still being assessed, but Enlightened Dynamics would like to remind its valued clients that it offers a whole suite of environmental decontamination services.[11]

Bellerephon offers an improved loadout for the viking that adds a longer-range anti-air missile. An improved gatling cannon has also been added for increased range in ground assaults.[11]

Armor upgrades increase health of affected units by 5% per level.[21]

Damaged mechanical units recover hit points when out of combat, at a rate of 0.6015 each second.[22]

Vikings are exclusive to Jim Raynor in Co-op Missions. Mira Han and Matt Horner have access to an advanced Dominion-variant, the Deimos viking. Arcturus Mengsk can deploy the powerful Royal Guard variant Viking, the Sky Fury.

Assault Mode: Transforms the Viking into assault mode where it becomes a ground unit with a ground attack.

Fighter Mode: Transforms the Viking into fighter mode where it becomes an air unit with an anti-air attack.

All vehicles and ships gain the Afterburners ability. Afterburners doubles a unit's movement speed for a short time.

"This is our first jump into a classic science fiction stereotype that we forgot in the first game. This is our version of a Transformer, our attempt at bringing a classic sci-fi element into the StarCraft game"

Karune stated that its ground mode could attack both ground and air units in February 2008[23] but that ability underwent balance testing and has since been removed.[24]

At earlier builds the Viking was built on the factory at ground mode, but needed a Fighter Tech upgrade to enable transforming to air mode.[25]

Concept art of the Viking is identical to that of the Wyrm, the Viking's in-universe predecessor effectively being lifted from concepts of its in-universe successor.[4][14][10] The icon for this old form can still be found in the map editor.[26] 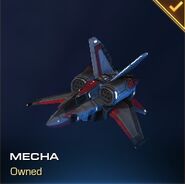 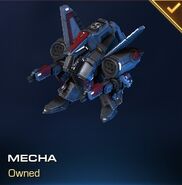 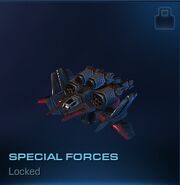 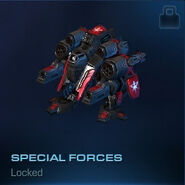 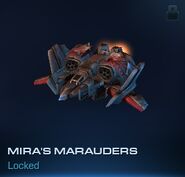 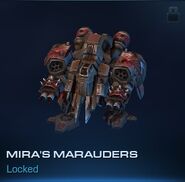 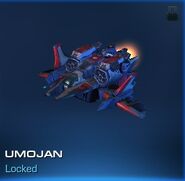 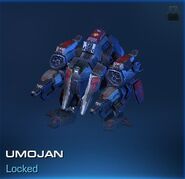 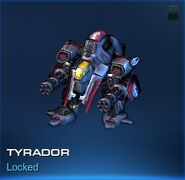 Tyrador Viking in assault mode
Add a photo to this gallery

Retrieved from "https://starcraft.fandom.com/wiki/Viking?oldid=358149"
Community content is available under CC-BY-SA unless otherwise noted.