Start a Wiki
watch 02:17
The Loop (Games)
Do you like this video?
"We’ve recently heard reports about a mysterious new weapon in the hands of the Zerg. We’ve heard of battlefields being covered in a dense, blinding cloud, rending our guns all but useless, and of Battlecruisers escaping from battle only to be yanked back into the fray. The source behind these bone-chilling truths is the Viper, and we now have a full intel report on not only what it can do, but how."

The viper is a new strain of zerg fliers that were incorporated in StarCraft II: Heart of the Swarm.

The viper combines several vicious biological weapons to weaken enemy forces and give an edge to the Swarm. They are a specialized offensive-support strain,[1] being perfectly evolved for battlefield manipulation, a role previously held by the defiler,[2] which the viper contains genetic material from.[3]

Vipers lack any form of direct attack, but they are extremely dangerous in their role as a support strain.[4]

The viper's tail is largely unchanged from the original defiler template. However, it has been evolved to allow the viper to maintain its balance and direction while flying, as well as steering. What truly stands out, however, are the ingrown, crystalline spikes on the tip's surface. These "crystals" emit a powerful pulse that the viper uses to locate its targets with pinpoint accuracy. Its limbs, while formidable in appearance, are crippled in terms of offensive capability, as the Swarm relegated them to the role of simplistic vice-grips. The protruding spikes are porous bone structures, able to pierce flesh and immobilize prey without inflicting lethal damage, and are directly linked to the creature's lymphatic system. When on the prowl, the spikes exude a pheromone that makes the viper seem innocuous and non-threatening to its hapless victims.[1]

Vipers store a thick microbial soup within their abdomens, and can spray the viscous mixture into the air whenever ranged foes approach, essentially nullifying the effectiveness of their armaments until they can move out of the cloying mist.[2] This mixture is effective against both projectile and energy-based weaponry, and can reduce the zerg's foes to fighting in close quarters.[4]

All vipers possess a prehensile proboscis–an elongated organ that serves as the viper's digestive system, and one that runs the entire length of the creature's body. Just as a frog uses its tongue to catch prey, the viper regurgitates its flexible intestines with great force in order to grab and pull a target towards its location.[1] Enemies hoping to escape to high ground are quickly snatched from their dominant position by the proboscis, allowing the zerg to counter just about any tactical terrain advantage.[2] This muscle is powerful enough to even draw a battlecruiser towards the viper.[5]

When fatigued, the viper can siphon bioelectrical energy and nutrients from friendly zerg buildings, allowing it to quickly return to the fray.[2] This is achieved by separating the ionic chains present in the hardened tissues of Zerg nest structures to produce a nourishing fluid. Said fluid acts as a catalyst for the plethora of microorganisms present in its bloodstream, which generate bioelectrical energy to replenish the viper's stores.[1]

As one of the original zerg broods, vipers of the Leviathan Brood exhibit more defiler tendencies than that rest of the swarm. While this has caused many abnormalities to surface, its potent toxins appear to be worth it.

Viper enslaved by the Cerberus Program were given a hammerhead cranial implant that enhanced the accuracy of their proboscis.[6]

Vipers were originally a type of primal zerg.[7] Their uniquely vicious defenses drew the attention of Abathur, who brought their essence into the Zerg Swarm.[6] With the need for a support strain apparent, the defiler template was revisited, and perfected with genetic material from an unknown species, preserving its core functions, but excising the defiler's lethality, which had been as deadly to zerg as it had been to the Swarm's enemies.[1] Abathur incorporated the viper's gene sequences into the Swarm himself.[6] Later, Sarah Kerrigan was able to evolve her own vipers from the mutalisk strain.[8]

During the End War, a number of vipers were incorporated into Amon's zerg brood.[9]

Legacy of the Void
Co-op Missions

Mutalisk (Heart of the Swarm campaign)

Infestation pit and Hive (Versus and Co-op)

Vipers are classified as "battlefield manipulation units." They are hive-level caster units with no other prerequisite building.

Vipers are meant to give the zerg an extra edge in clearing out chokepoints, allowing the short-range zerg units to stand a better chance against long-ranged ones.[10]

The viper targets a unit and pulls that unit to the viper's location. This allows it to pull allies to safety, or pull enemy units out of position. The ability can pull units up and down cliffs.

While the target is being pulled, it cannot attack. If the target had been burrowed, it will reburrow when the pull ends.[11]

The viper spits a green cloud. Ground units and structures in the cloud have their range reduced to one.

Units can move out of the cloud to fire normally.

The ability deals 200 damage on a friendly building (except a creep tumor) over 14 seconds to gain 50 energy. The ability does not work on units.

Creates a parasitic cloud on an air unit after a 0.7 second delay, dealing 120 damage over 7 seconds to that unit and any air units around it. Cloud has a radius of 3. Cloud persists for the remaining duration if the target is destroyed. Does not stack with other parasitic bombs.

In the campaign, the viper is an evolution of the mutalisk, derived from the genes of primal zerg. Vipers also appear as part of Yagdra's pack in The Crucible.[7]

The viper strain of the mutalisk has the same statistics as a regular mutalisk (but aesthetically, it is different by having four blue wings), but can transform itself into a viper at a specific mineral, vespene and time cost.

Abduct costs 25 energy, Disabling Cloud replaces Blinding Cloud and prevents shooting from beneath the cloud entirely, Consume targets allied units, and the viper can directly attack air units, dealing bonus damage to armored units. The attacks deal 10 damage, +5 vs armored units, and have a range of 6 and a cooldown of 1.5.[8]

Compared to the brood lord, the Viper is rather similar to a corsair, an air-to-air fighter with a temporary ground disabling move, but with a weak automatic attack, and the bonus ability of being able to move ground units to itself. But in terms of raw fighting ability, it's air-to-air ability is not noticeably better than the baseline mutalisk given the latter's multi-bounce attack.

Abathur is able to mutate vipers in Co-op Missions once he reaches Level 8, and can upgrade them at Level 9. These vipers have an anti-air attack that does 10 damage. Amon's vipers and Abathur's vipers use Disabling Cloud instead of Blinding Cloud.

Pulls a target unit to the location of the Viper, Enemy units are stunned for 1 second.

The viper creates a cloud that slows movement speed and prevent enemy units and structures from attacking and using energy-based abilities. Last for 10 seconds

The ability drains up to 75 life from a friendly Zerg unit and give the Viper 2 energy for each point of life drained.

Creates a parasitic cloud that deals 90 damage over 10 seconds to the target and enemy air units nearby. If the target dies, the cloud remains in the air where the enemy died until it expires.

The viper's parasitic bomb ability was be altered from its launch iteration. Its damage no longer stacked with other parasitic bomb effects, but its damage was increased to 180. A one-second delay was added before the bomb started dealing damage.[13]

The viper is David Kim's favorite new zerg unit in Heart of the Swarm.[14]

The viper is similar to the beta queen unit from StarCraft development, as both share similar abilities with the defiler. 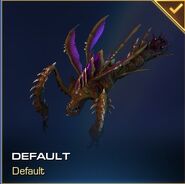 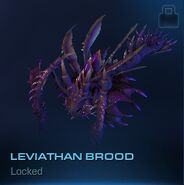 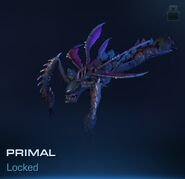 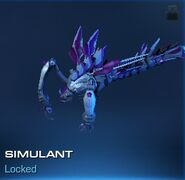 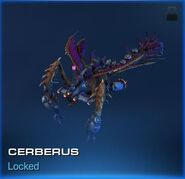 Cerberus viper
Add a photo to this gallery

Cerberus viper portrait
Add a photo to this gallery

Retrieved from "https://starcraft.fandom.com/wiki/Viper?oldid=359760"
Community content is available under CC-BY-SA unless otherwise noted.