Start a Wiki
watch 01:31
The Loop (Games)
Do you like this video?
"The Void Ray is a different beast entirely however, as it is a Protoss vessel whose weapons are tuned for armored targets. This makes sense of course when you consider that the Prismatic Core’s energy is being focused through some incredibly durable Phase Crystals. Keep that in mind, and be sure to avoid Void Rays if you’ve got any metal plating on your person."

The void ray is a protoss ship in StarCraft II.

"Channel the light of Aiur!"

In use by 2502,[3][4] the void ray is a Dark Templar[5] protoss escort ship;[1] the result of combining Nerazim and Khalai technologies,[6] and one of the first of its kind concerning joint Nerazim-Khalai creations.[7] It is designed for use against armored targets.[8] Several void rays were captured by the Tal'darim and outfitted with bloodshard crystals to create destroyers.[9] Because bloodshard crystals are not easily collected, the Tal'darim make use of the ship's existing armaments without hesitation when they do not have enough of them to convert a void ray into a destroyer.[10]

"The result of combining Templar and Nerazim technology, void rays are devastating assault ships that demonstrate what is possible when the two factions unite for a common cause."

The void ray is built around a prismatic core[6] an oblong crystal of synthetic origin[11] that serves as a virtually eternal power source.[6] The core derives its energy from both the Void and Khala, focusing them through phase crystals,[7] and forming a self-sustaining reaction.[12] The core has multiple layers to contain and stabilize the violent maelstrom within, transforming a perpetual state of flux into usable energy for the vessel's weapons, engines, and systems.

The void ray's armored hull consists of plates fashioned from a flexible alloy, and are designed to handle the stress caused by the sheer power of the core. The molecular stability of this alloy is very high, a quality that prevents the energies of the core from disrupting its atomic bonds and degrading its structure from within.[11]

Other internal features of a void ray include a bridge, in which the commander has a chair to sit in. Terminals manned by the ship's crew extend from around the chair's position in concentric circles, allowing a void ray's commander to have a clear view of all the surrounding personnel. Such personnel include a navigator and damage control officer. The commander is entitled to a personal cabin.[7]

The Purifiers were able to adopt the void ray into their own arsenal, combining the research of three races into one elegant vessel. The Ihan-rii utilized similar ships that could unleash a beam of void energies.

After the End War, a new generation of void rays combined the style of the ancient Templar during the Golden Age of Expansion with the shadowy coloration of the Nerazim.[13]

Normally the void ray's core is kept in check by an arrangement of flux field projectors.[12] When the void ray has locked onto a target and deployed these projectors however, it can shoot searing beams of energy that grow exponentially more powerful over time. Even heavily armored structures and warships have been incinerated by the void ray, leading some terrans to believe that it will eventually replace the carrier as the flagship of the Great Fleet.[6] Multiple lenses are to stabilize its energy output, and a phase crystal is used to shape it into a cohesive beam. The flux field projectors amplify the power of the core. These projectors channel streams of unstable energy into the phase crystal, increasing the effectiveness of the prismatic beam against heavily armored targets.[11]

It takes much training for protoss to master the Void energies involved in the creation of the beams, and even then few can master the full might of the projector. Those involved in this are given the rank/position/title of "Void lens." While Khalai technology in of itself is enough to align and contain the Khala's powers, a Dark Templar is required to focus the Void's power into usable form (hence the necessity of a Void lens). Without a disciplined Nerazim mind, the forces generated by the void ray will become too wild and cascade beyond control.[7]

In 2506, the phase-smith Karax devised solarite lenses for the void ray based on studying the Spear of Adun. The lenses allowed void rays to fire their beams further than normal as long as their prismatic lenses remained properly aligned.[9]

60 (up to 90 with Steadfast Reinforcements) (Co-op Missions Zeratul)

The void ray's attack starts with one beam arm firing. Over time all arms will fire. The ship will follow the target and continue to attack.

Void rays are strong against battlecruisers, corruptors, motherships, and carriers, and weak against vikings, phoenixes, mutalisks, and hydralisks. The void ray is countered by specialized anti-air units or swarms of inexpensive units. In turn, the void ray should be partnered with other units to distract the enemy while it charges up.

Void rays work well with phoenixes as a raiding unit, via the former's graviton beam.[14]

The void ray is most efficient against units and structures with high hit points as it gives time for all arms to fire and rate of damage to maximize. There is a noticeable time between switching targets, making it less efficient against groups of weaker units.

If additional arms have engaged when a target is destroyed and a new target is selected within a short time, the void ray will engage the new target in that state from the onset. This allows many lesser units to be destroyed in quick succession. The void ray is still vulnerable from swarms of smaller anti-air units while it charges up on a significant target.

The Void Ray gains +6 damage against Armored enemies. Slows the Void Ray by 25%.

Increases the void ray's movement speed to 4.65 and acceleration to 3.76.

In the Legacy of the Void single-player campaign, the void ray is unlocked by playing the mission "Steps of the Rite," and is one of three assault ships the player may use, the others being the destroyer and arbiter.

The void ray functions as it did in Wings of Liberty, dealing more damage the longer it focuses on a single target. The void ray has a passive ability that increases its range as its damage increases, first by 1.5, then by 3 at maximum power. This makes the void ray an effective siege craft, able to attack ground units and structures safely from out of range of retaliation as at max range it outdistances all enemy defense turrets, and a very powerful anti-all flyer in general when in small groups.

The damage and range boosts last for approximately four seconds after the current target is destroyed and both will remain at full power if they can quickly switch to another target, allowing a squad of them to mow through enemy troops, buildings, and special tough units like hybrid with surprising speed, arguably even faster than the Destroyer with its split beams.

They also have rather "smart" targeting in terms of protecting themselves; against a highly mixed force of enemies and buildings they will first prioritize anything that can hit them (ground-to-air and air-to-air units and turrets) quickly eliminating inbound damage to them before moving on to the defenseless targets. While this makes their damage potential greater than that of the carrier, the carrier's ability to repair damaged void rays makes the two synergize well together.

The Spear of Adun's Reconstruction Beam, Warp Harmonization and Warp In Pylon abilities also tie in well with a void ray fleet, allowing for heavy pushes into enemy territory.

In Co-op Missions, Vorazun is able to build void rays. They function identically to the single-player campaign of the trilogy, charging up to deal more damage the longer it attacks a single target.

Zeratul can call down a legion of void rays under the command of Zoraya to support him in Co-op Missions. While they cannot be directly commanded, they can be ordered to move to target locations via the calldown bar.

The Void Ray's damage output gradually increases by +2 vs armored, when the longer it remains on a single target.

Void rays gain increased attack range as their beams increase in strength, up to +3 range at max charge, and gain +2 damage vs armored per charge, up to a maximum of +6.

The Void Ray's damage output gradually increases by +3 vs armored, when the longer it remains on a single target.

Increases the range of the this unit's weapon as it continues to attack.

Increases the attack damage of all protoss units and defensive structures.

Increases the armor of all protoss units and defensive structures. 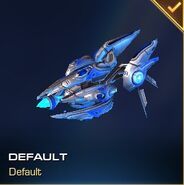 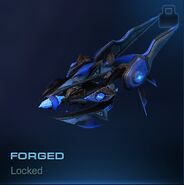 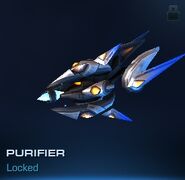 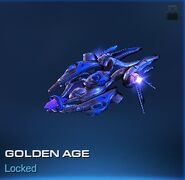 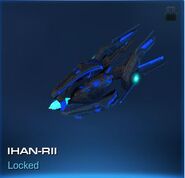 Ihan-rii void ray
Add a photo to this gallery

Ihan-rii void ray portrait
Add a photo to this gallery

Retrieved from "https://starcraft.fandom.com/wiki/Void_ray?oldid=357262"
Community content is available under CC-BY-SA unless otherwise noted.