The zealot is the basic protoss infantry unit.

Zealots are strong against units such as immortals, zerglings, and hydralisks, and weak against hellions, roaches, and banelings. Though they do a total of sixteen damage, their attack is treated as two attacks doing eight damage each. This means that all armor (and armor upgrades) are twice as effective against zealots. Their charge ability is autocast by default, but this can be turned off.

Zealots are not as effective in late-game scenarios as of the introduction of the adept.[1]

In the single-player campaign of Legacy of the Void, the player may choose between the Aiur zealot, centurion, or sentinel variants for their zealots.

In "The Spear of Adun," the base zealots the player controls use a modified unit model where their nerve cords have been removed.

Artanis, Vorazun, Karax, and Fenix have access to zealots in Co-op Missions. When they reach Level 4, Artanis's and Vorazun's zealots are automatically replaced with the Aiur zealot and centurion, respectively, and that unit's upgrades become available for research at the twilight council. Karax and Fenix start with sentinels and legionnaires respectively at level 1.

The zealots in StarCraft II received a cosmetic overhaul from their predecessors, but their animations remained the same. Fans reacted negatively to psi-blades being color-correspondant in accordance with team color, but a compromise was never reached.[2]

Glenn Rane pitched a concept where the zealot's psi-blade count would be increased to 4. However, this didn't make it through to the final game.[2]

During the Legacy of the Void beta, the zealot's charge ability dealt 30 damage on impact. The developers agreed with gamer feedback that this was too high. In truth, the buff was unintentional, as it was the result of an internal bug where zealots were not always dealing damage on charge. The bug was dealt with before the release of the subsequent patch, but the developers forgot to double check how this affected the game. The buff was removed soon afterwards.[3]

A judicator zealot skin is available in multiplayer for players who reach level 30 with protoss. It bears the darker color scheme of the Tal'darim in the Heart of the Swarm mission Hand of Darkness.[4] 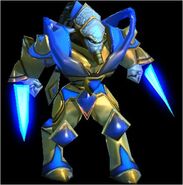 Early render of the zealot in StarCraft II

Later render of the zealot 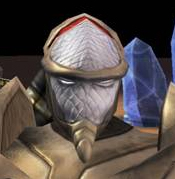 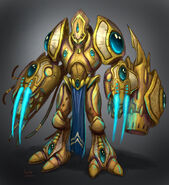 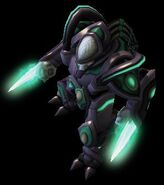 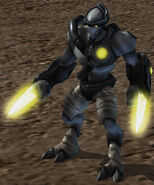 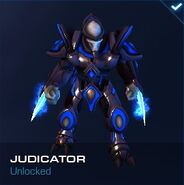 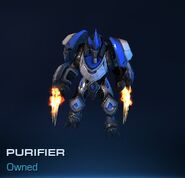 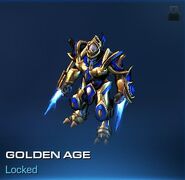 Golden Age zealot
Add a photo to this gallery

Golden Age zealot portrait
Add a photo to this gallery

Retrieved from "https://starcraft.fandom.com/wiki/Zealot_(StarCraft_II)?oldid=330492"
Community content is available under CC-BY-SA unless otherwise noted.