Edit
watch 02:30
Dead Cells Final DLC - The Loop
Do you like this video?
Play Sound
"It's a zergling, Lester...smaller type of zerg..."

- Sarge to Lester after hitting a zergling with their LRV.(src)

The zergling is the basic zerg warrior.

Zerglings are a zerg warrior strain which serve as the swarm's frontline assault troops.[1]

"See? They ain't so tough. These critters bleed just like anybody else."

Zerglings form the most numerous of the zerg mutations,[2]—their simple DNA[2] (distilled from the dune runners' genetic code to its most simple form)[3] allows two zerglings to be spawned from a single larva. The larvae get the genetic information from the 'primordial ooze' of spawning pools.[2] Zergling replication is so efficient that they thrive even when exposed to exceedingly high mortality rates,[3] which are greater than almost all other zerg strains.[4] While their core DNA comes from the dune runner, zerglings are hybridized from over fifteen other organism strains.[5]

Zerglings are the smallest mainline zerg strain apart from the larvae[6] and chitha.[7] Equivalent in size to a large dog, zerglings are one meter tall and possess webbed feet.[8] Zerglings possess sickle limbs and sharp incisor teeth, used primarily for tearing into flesh.[1] Further mutations may be made to zergling DNA, namely the alteration of their physiology through a metabolic boost to increase their reflexes and rate of movement and the mutation of their adrenal glands, changing their glandular balance to induce a battle frenzy.[2] These adrenal glands have been observed to be unusually large for a creature of the zergling's size. Further analysis has revealed evidence of genetic manipulation, which also increased zergling aggression, driving them into a state of frenzy. In such a state, zerglings can bring down armored vehicles and structures with ease.[3] Dominion marines have referred to such zerglings as "speedlings."[1]

The rapid genesis modification to zergling cells allows their gestation to proceed at remarkable speed.[9] Zerglings have tough, adaptable,[10] leathery skin which prevents moisture loss, while still allowing fluid circulation to keep the zergling's body temperature at appropriate levels. As per their origins, zerglings have an efficient nutrient storage system. Zerglings can derive the necessary compounds for life (even water) from anything they eat. This allows zerglings to operate away from a hive cluster for extended periods of time.[3] The nervous system of zerglings is hyperactive, so much so that those enslaved by the Cerberus Program required two antennas per zergling to control their movement.[4]

Zerglings are physically adaptable creatures, able to climb near vertical surfaces and are extraordinarily fast,[11] though they are generally easy to exterminate, one ending up as roadkill after being run over by a recon vehicle.[12] Zerglings have a complex optical structure,[10] and their eyes have an optical aperture which allows them to see in the dark. This ability is further enhanced by a layer of tissue that reflects light, and the production of a substance which, depending on saturation levels, makes a zergling's eyes glow orange or red. This glow is an indicator that a zergling's vision has fully adapted to whatever low-light conditions it has found itself in.[3] However, zergling eyes have also appeared as pure black in such conditions.[6]

The zergling's spiked tail allows the creature to maintain balance while running at high speeds. The spikes that extend from the tip have no discernable purpose, and Dominion scientists have speculated that it is vestigal from their dune runner forebears.[3] By the Second Great War, some zerglings were observed to possess venational wings, which are used to increase ground acceleration.[1] Spikes jut from the bodies of Leviathan Brood zerglings as a byproduct of their extremely simplified DNA. These spikes are retained even when Leviathan zerglings metamorphose into banelings.[4]

Zerglings are allergic to lemon juice.[13] During the Second Great War, its validity became a Terran Dominion rumor.[14] Abathur resolved to solve the problem.[13]

"Um...ever try to wrestle a zergling? Not fun."

Zerglings truly embody what "swarm" means to the zerg.[1] When they attack, zerglings move in large groups, ranging from a dozen to a hundred.[8] Zerglings can act as "meat shields" for more powerful zerg strains,[8] but can also overwhelm their foes through sheer weight of numbers.[1] Individually, zerglings are little more than feral animals, but work well in large groups under the command of larger zerg warriors,[2] moving under one mind.[1] In combat, zerglings are fond of ripping enemies to shreds with their sickles and fangs.[2] When paired with roaches, they can be nearly unstoppable against marines bereft of siege tank or bunker support.[15] In general, zerglings hunt and patrol in pairs.[16]

Outside of combat, zerglings can serve as lookouts[3] and lone zerglings serve as scouts.[8] Their raw speed and expendibility make them well suited for this role,[1] though they may have a retinue of hydralisks if they scout an exceedingly long distance away from a hive cluster.[12]

"Sir! We've got incoming! And I'll be damned if I can identify 'em!"

Zerglings were evolved from the Zz'gashi dune runner when the latter were assimilated into the Zerg Swarm. The zergling may be a relatively recent addition to the swarm given that Zz'gash seems to be located close to the Koprulu sector.[17] Zerglings continued to evolve after the Brood War, gaining the ability to metamorphose into banelings. The evolution came from an experiment conducted by the zerg at the Dominion colony of Sorona, in which they incorporate a native acidic mold into their body structure.[18] This evolution was controlled by the new queen breed.[19]

The Terran Dominion has a secret program which uses zerglings to track psychic terrans.[20]

The simplicity of the zergling's DNA allows for rapid mutation and enables adaptation to myriad environments.[21]

Zerglings in StarCraft: Ghost maintained their burrowing and health regeneration abilities. In addition, zerglings gained a "bloodlust" ability, which increased their damage and possibly speed when zerglings moved in groups.[22]

The zergling was the basic zerg unit in the Invasion Mode. It could transform into a hydralisk, infested marine or mutalisk, costing one, two and five points respectively.[23]

They were present as early as one of the game's earliest builds.[24]

In World of Warcraft, zerglings appear as "vanity pets" and look much like in Warcraft III but are shorter, fatter, lack the spiked tail, are solid brown, and have wider mouths. They look generally cartoony, befitting their status as non-combat vanity pets.

The zergling pet will attack Grunty the murloc marine, who will also attack them.[25]

Zerglings are available as mounts in Heroes of the Storm.[21]

Zerglings appeared as minions in early builds of Heroes of the Storm.[26] Kerrigan could ride a zergling mount in later builds.[27] Formerly, Kerrigan could choose to amplify an ability to also spawn zerglings, but this was removed in July 2016.[28]

Zerglings can be spawned on the map Braxis Holdout, and are part of the zerg attack waves that are sent against opponents.[21] 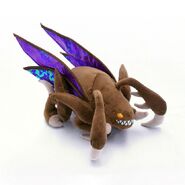 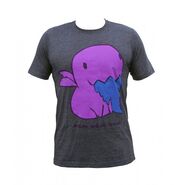 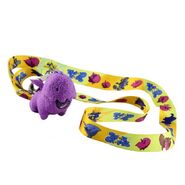 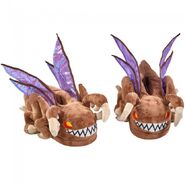 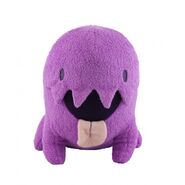